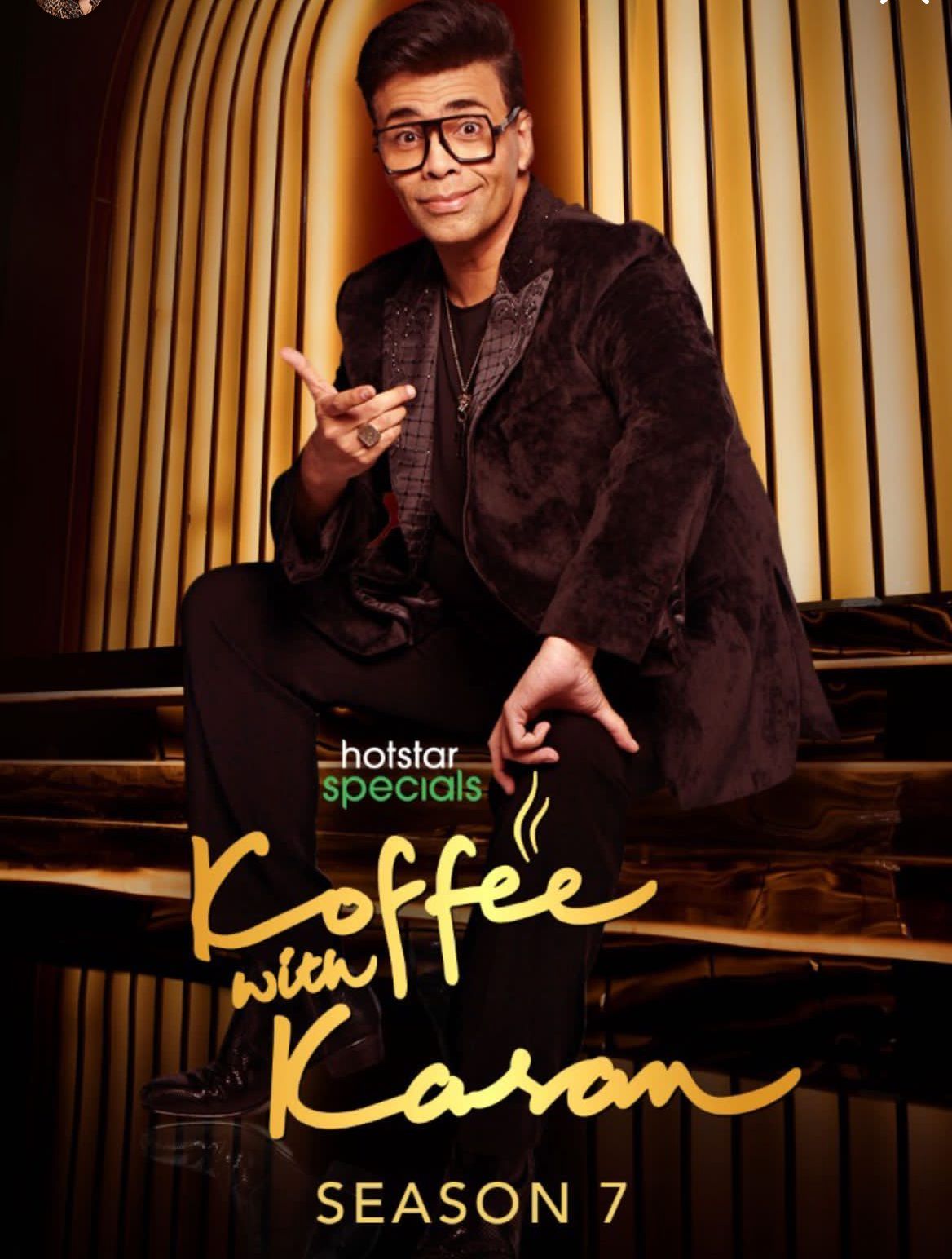 The trailer of the upcoming Season 7 of the popular chat show ‘Koffee With Karan’ was unveiled on Saturday.

Show host and Dharma Productions head honcho Karan Johar, who will open each episode with a monologue on current events and trending conversations, said in a statement: “I’m excited to be back with Koffee With Karan for an all-new season, keeping up the promise of being the personal celebrity hotspot for over 18 years.”

It’s edgy? It’s spicy? It’s playful?
It’s all of the above – catch a sneak peek into some of the guests making this season the hottest one ever!#HotstarSpecials #KoffeeWithKaran S7 new season starts on 7th July only @DisneyPlusHS @apoorvamehta18 @jahnvio @aneeshabaig @Dharmatic_ pic.twitter.com/sJv9NeZzuf

He added: “This will be a season of all-out candor for a galaxy of stars where there are no brakes to pull. If you want to catch the conversations before they become the next day’s headlines, Disney+ Hotstar is your go-to destination every Thursday.”

Along with its signature rapid-fire segment, the show has made new additions in the forms of ‘Koffee Bingo’ and ‘Mashed Up’.

‘Koffee With Karan’ Season 7 will stream on Disney+ Hotstar from July 7 with new episodes dropping every Thursday. IANS