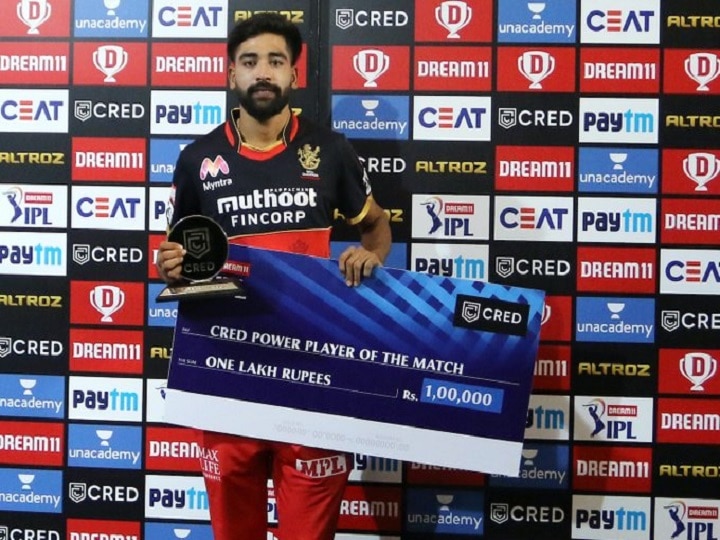 KKR vs RCB: Virat Kohli’s Royal Challengers Bangalore defeated Kolkata Knight Riders by eight wickets in the 39th match of IPL 2020. In front of RCB’s lethal bowling, Kolkata’s team could score only 84 runs after the first play. In response, RCB easily chased down the target at the loss of two wickets in 13.3 overs.

This is RCB’s seventh win in this season. Mohammad Siraj was the hero of this magnificent victory against Kolkata. Siraj took three wickets for just eight runs with two maidens in his four overs. He also received the Man of the Match award for his performance.

After the match Siraj said, “I would like to thank Allah firstly for my performance. Thanks to Virat, who gave me the new ball. I was practicing a lot with the new ball. We did not plan to It was made that I would bowl a new ball, but when we went to the ground, Virat Bhai said, ‘Get ready.’

In the second over of KKR’s innings, Siraj first dismissed Rahul Tripathi for just one run and then bowled Nitish Rana to zero on the next ball. The ball that Rana dismissed to Rana was his favorite ball. He said, “The ball that was thrown to Rana was fantastic. I threw it well, exactly the way I had planned.”