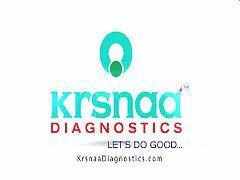 New Delhi. This year is like a golden year for those who invest and earn through IPO (Initial Public Offer). So far in 7 months of this year, 30 companies have got themselves listed in the stock market and in the next month i.e. August 2021, many new companies are going to be part of the Indian stock market.

Another name is going to be added in this episode, which is a veteran player of his field. From this 4th August, Krsnaa Diagnostics is going to start joining the stock market through its Initial Public Offer (IPO). The subscription for the company’s IPO is going to start from August 4, which will be open for the next three days i.e. till August 6.

In the price band that the company has set for the subscription of its IPO, the lower level is fixed at Rs 933, while the upper level is fixed at Rs 954. An investor has to purchase at least 15 shares to enter this IPO. That is, if its upper price band is also invested, then its IPO can be entered for a maximum of Rs 14,310. If you get an opportunity to invest in the lower price band, then it will be better.

It is to be noted that the company has shown good profit in its last quarter report, hence Krsnaa Diagnostics IPO is expected to get good response. The company is trying to collect Rs 1200 crore through this IPO. This money will be used by the company for its expansion in North India.

Also read this news: Why women do not wear mangalsutra before marriage, know the reason

But there are some things that can make the IPO of Krsnaa Diagnostics company a little fuzzy. It is to be known that the day Krsnaa Diagnostics is starting the subscription for its IPO, on the same day i.e. on 4th August, the subscription of IPO of Devyani International, Windlass Biotech and Exaro Tiles is also starting. Due to this, there is a possibility of splitting the investors who have invested in the IPO.

Also read this news: 10 astonishing information of the world, listening to your ears will stand up

Let us tell you that there is a possibility of public offering (IPO) of about 18 companies coming next month. In view of the improvement in the situation of Corona in the country, companies are trying to speed up their business again, that is why money is being raised from the market through IPO. Investors of stock markets are also earning profit by investing through this medium.