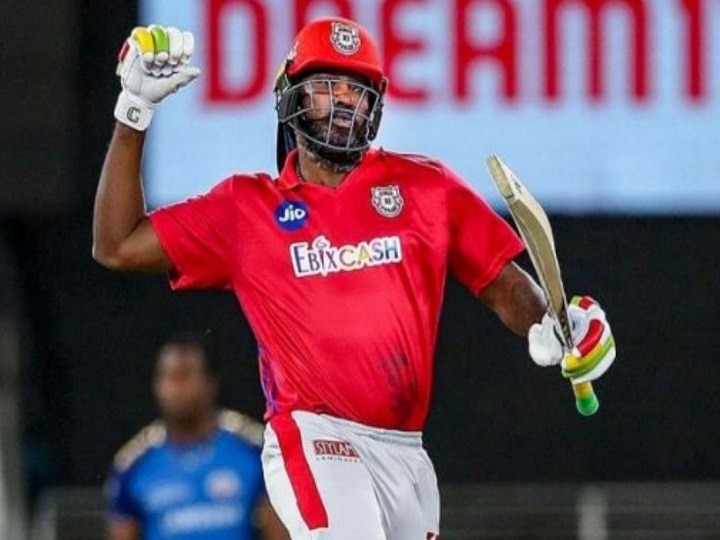 Chris Gayle has been fined for playing an explosive innings of 99 runs in a match played between Kings XI Punjab and Rajasthan Royals. Chris Gayle threw the bat in the middle ground after being bowled by Joffra Archer in the 20th over of the match. Due to his action, a penalty of 10 percent of the match fees has been imposed. Gayle has been found guilty of breaking the IPL code of conduct.

Third half-century imposed in this season

Kings XI Punjab won their match in the IPL 2020 season, losing the next five consecutive matches. At one time, Punjab’s team had lost six matches in seven after the half-journey of the IPL ended. The team was at the bottom of the IPL table. In the first seven matches, the team did not give Chris Gayle a chance. Chris Gayle was included in the team in his eighth match and he hit a half-century as soon as he arrived.

After Gayle’s arrival in the team, the Punjab team has lost only one match. Chris Gayle has scored 275 runs in 6 matches of IPL 2020. During this time, he has staked three fifty and has flown 23 sixes.

‘Universe Boss’ Chris Gayle played a stormy innings of 99 runs against Rajasthan Royals. During this, he hit six fours and eight sixes. With this, Gayle got 1,000 sixes in T20 cricket. Gayle has become the first batsman to do so in T20 cricket.

When Gayle came to bat against Rajasthan, he was seven sixes away to achieve this position. In such a situation, Gayle batted stormy and scored 1000th of his career in the 19th over of the innings with the 5th ball of Karthik Tyagi. Gayle hit a total of eight sixes in his innings against Rajasthan. It is now considered impossible to break Gayle’s record in T20 cricket. Because in this list, Kieran Pollard is named second. Pollard has 690 sixes in T20 cricket.

IPL 2020: Rajasthan reached 5th position in Points Table, all teams except Chennai have a chance to go to the playoffs