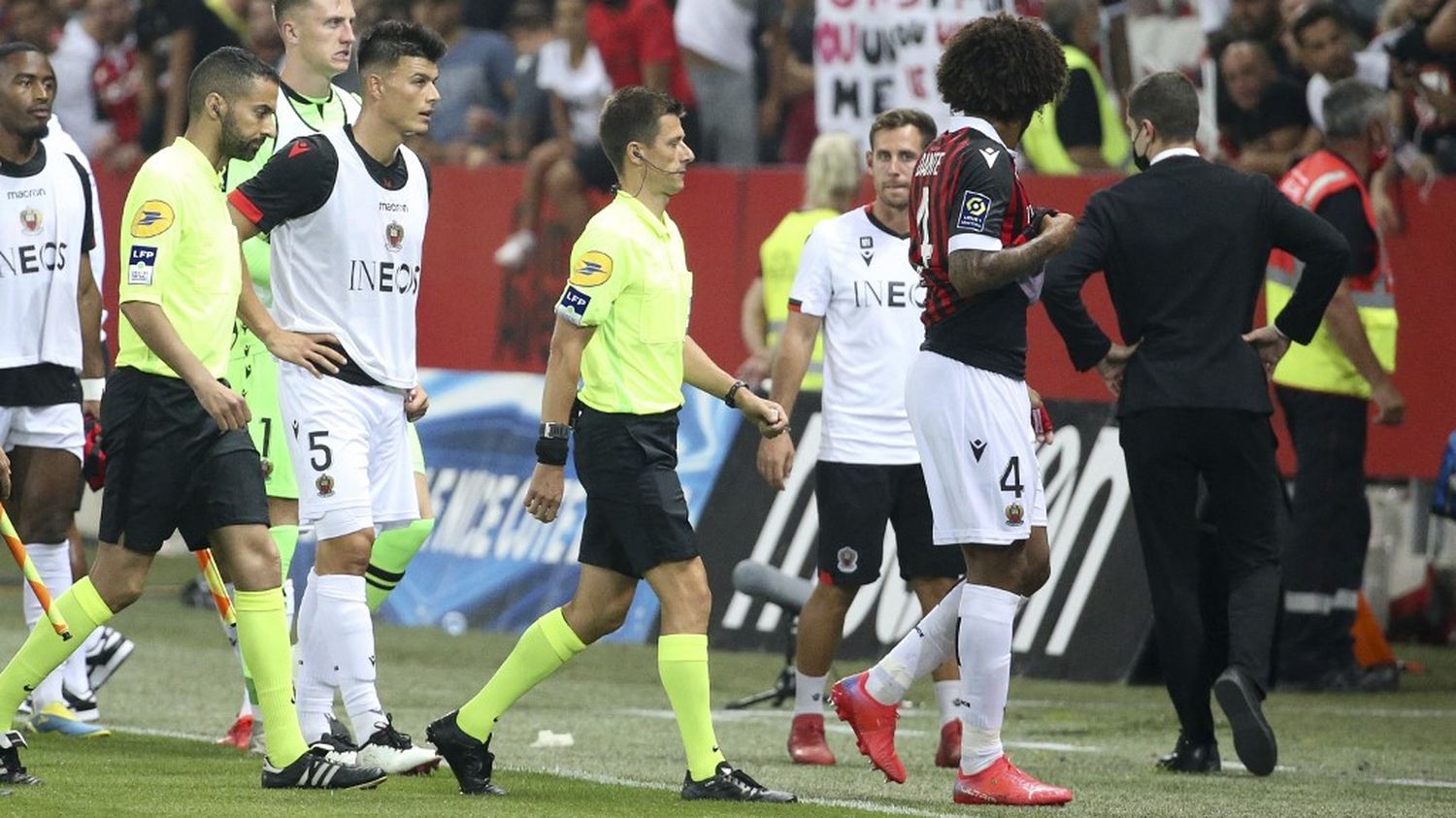 After the excesses that occurred at the Allianz Riviera and the interruption of the match between Nice and Marseille, Sunday, August 22, Olivier Lamarre, the deputy president of the Union of elite football referees (Safe), expresses his “disgust” faced with this situation, but also his support for Benoît Bastien, the match referee. He deplores the comments against the latter, according to which he should have interrupted the meeting with the first throws of projectiles.

More than a red line, “it’s a black line that has been crossed”, according to Olivier Lamarre, during the meeting between OGC Nice and Olympique de Marseille. “It feels like a street fight”, adds the CEO of Safe. While Dimitri Payet and the Marseille players were targeted by projectile throws since the start of the opposition between the two teams, the situation degenerated in the 76th minute.

The Niçois were leading 1-0 and OM got a corner. Dimitri Payet then headed for the corner post to shoot it, when he received a bottle in the back. Mad with rage, the player returned the bottle to the stands, before Nice supporters invaded the field and some beat the players.

Benoît Bastien then decided to interrupt the game and asked the actors of the meeting to return to the cloakrooms. Event management praised by Olivier Lamarre: “As a representative of the referees, I considered the enormous difficulty and pressure our colleague and his team had to referee the match. Whatever the level, the priority of a referee is to guarantee health. and the safety of the players, and that the game takes place according to the laws of football. Benoît Bastien has applied these rules remarkably “.

Once the two teams returned to the locker room, a crisis meeting was held between the competent authorities. “In this kind of extreme situation, the protocol is very particular. With the advice of the prefect, or his representative, the delegates, and the clubs, the referee must be sure that the conditions are required for the game to resume”, explains the president of Safe.

However, according to Olympique de Marseille, Mr. Bastien did not want to resume the match, but the Professional Football League decided otherwise, ensuring that the security conditions were again met: “He had to deal with enormous pressure to resume the match. Is it worse to resume? Pressure from the public authorities, from the clubs … there were two different opinions”, he adds.

Finally, the 11 Niçois and Benoît Bastien returned to the pitch after more than an hour and a half of interruption. They placed the ball at the corner post, which had to be pulled, and noted the absence of the Marseillais, already showered and ready to leave. Olivier Lamarre now hopes for exemplary sanctions, so that these events do not happen again: “It will be up to the LFP to judge, according to the reports of officials, delegates, referees and images. When a department or district referee gets caught, and it happens nearly 500 times a year, we claim exemplary sanctions. At the highest level we must show what sport is “.

With the National Union of Professional Footballers (UNFP), the referees union had already alerted to overflows coming from the stands: “We are afraid for all the players in the field. Two or three seasons ago, with the UNFP we stepped up to express our concern about the behavior that we saw, when certain players were shooting. corners and received projectiles, or that some assistant referees also received projectiles. With what we saw yesterday, our concern will not decrease “.