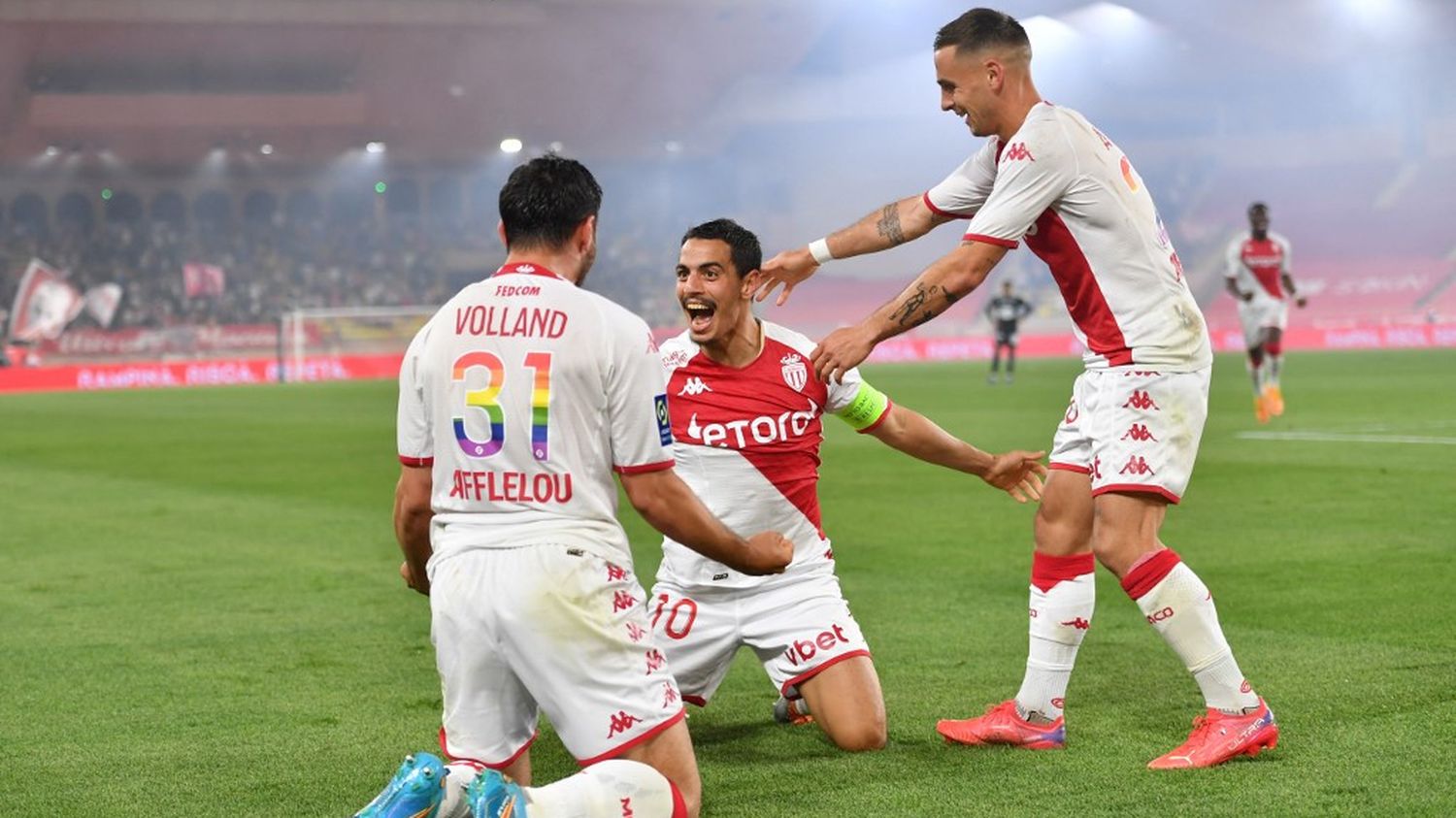 90 minutes from the end of an exciting and spectacular season, Ligue 1 has yet to deliver its verdict. Because apart from the title acquired for PSG, in demonstration in Montpellier (4-0), everything remains to be played, whether in the race for Europe or for the maintenance at the end of the 37th day, full of surprises, Saturday May 14.

In the race for Europe, AS Monaco struck a blow by becoming runner-up to PSG after the stunning victory against Brest (4-2). Quickly led 2-0 by surprising Brestois, who have nothing left to play, the Monegasques have pulled themselves together. And how. For this, the players of the Principality were able to count on the hat-trick of their captain Wissam Ben Yedder, who is one step behind Mbappé in the scoring charts.

With a fourth goal signed Volland, ASM had a perfect evening, taking advantage of Marseille’s defeat at the same time in Rennes (2-0). Overwhelmed by the enthusiasm of the Bretons, the Olympians did not exist at Roazhon Park. Thanks to Bourigeaud (12th) and Majer (35th), Rennes are three points behind third place OM. We will therefore attend a three-way match on the last day to find out who will pocket second place, directly qualifying for the group stages of the C1, and the third, which sends to the preliminary round.

Europa League Conference: Strasbourg on pole, Nice and Lens on the lookout

If Rennes can win everything after their victory against OM, the Bretons could also lose everything. In a paradoxical position, the Breton club, currently fourth and therefore virtually qualified in the Europa League, could just as well finish second as sixth and therefore not European. If they have OM and Monaco three points ahead in their sights, the Rennais, who are going to Lille for the 38th day, are also in the crosshairs of Strasbourg and Nice, two points behind.

Winners of Clermont at La Meinau (1-0), the Strasbourg residents have indeed achieved a great operation by taking fifth place in Ligue 1, directly qualifying for the Europa League conference. Tamed at home by Lille (1-2), the Aiglons lost big, falling to sixth place. Galtier’s men feel the breath of the Lensois in their necks, winners at Troyes (1-3), who can always dream of Europe before receiving Monaco on the 38th day.

At the bottom of the table, Bordeaux is 99% in Ligue 2. After their draw against Lorient (0-0), and the defeat of Saint-Etienne against Reims (1-2), the Bordelais need a miracle to win the play-off place which FC Metz took after their victory against Angers (1-0). Get out the calculators: because if Bordeaux is only three points behind Saint-Etienne and Metz, they will have to go up a goal difference of -12 to hope to grab the place of play-off, provided that Greens and Grenats bow during of the final day.

Cooled by Reims in a Cauldron behind closed doors (1-2), the Stéphanois will play their skin in Nantes, while Metz, who defeated Angers (1-0), rekindled the flame with miraculous maintenance. To get him, you will have to bring down PSG at the Parc des Princes next Saturday. Girondins, Messins and Stéphanois will therefore fight for their survival, while Lorient, 17th, has validated its maintenance, as has Clermont.

The Ligue 1 classification at the 37th day: