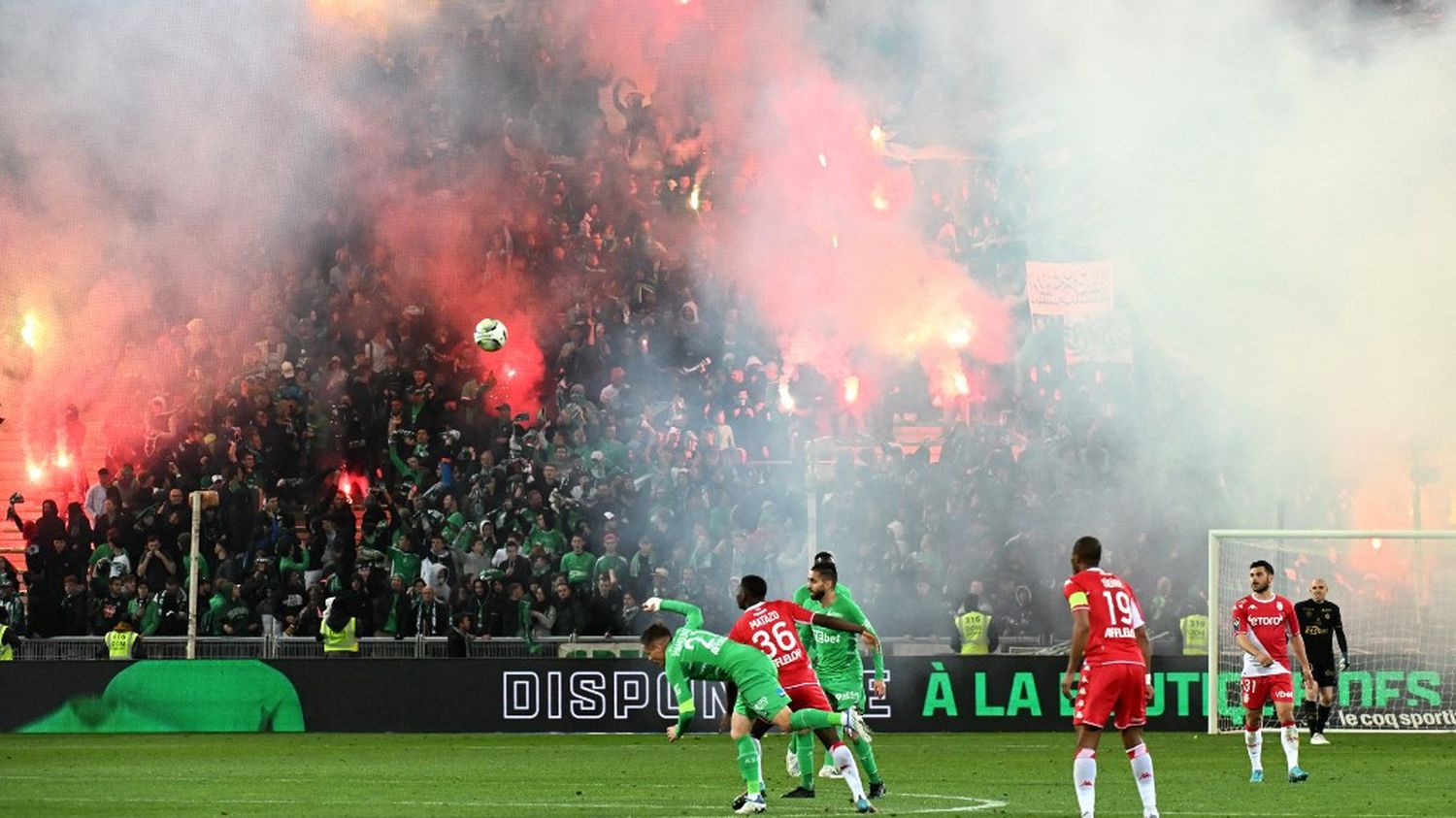 The total closed session which struck Geoffroy-Guichard, the Saint-Étienne stadium, was lifted by the Disciplinary Committee of the Professional Football League. The LFP also ordered, on Wednesday May 18, the closure of a single stand for three matches, for throwing smoke bombs during the defeat of ASSE against Monaco (1-4) on April 23.

If they finish 18th in Ligue 1, the Greens – 19th before the 38th and last day which will take place on Saturday May 21 – will not play their possible promotion-relegation play-off return match, against Auxerre or Sochaux, in an empty stadium, May 29. The Kop Sud, the Jean-Snella stand, that of the ultra group of the Greens Angels, will however be closed for three games.

⚠️ The Disciplinary Commission of the LFP heard today the representatives of AS Saint-Étienne and their advice following the events that occurred during the meeting against AS Monaco on April 23, and the filing of the report of instruction.

A camera Total conservatory had been decided the day after this meeting, which was interrupted for a long time due to the throwing of smoke bombs. The precautionary measure was therefore lifted and the closed session purged against Reims, a match that the Greens played, and lost (2-1), in a desert, on Saturday. A result that dropped them to 19th place, currently synonymous with direct relegation.

Saint-Étienne-Monaco, counting for the 34th day of L1, had been interrupted twice, the second time for more than half an hour, while some ultras from Saint-Etienne used smoke bombs and fireworks to celebrate the 30th anniversary of the Green Angels.

The LFP Disciplinary Committee has also decided to close the visitor sector of Reims supporters for two suspended matches after the deployment of a “flag with a racist connotation in the Reims visitor area“, a Celtic cross, a symbol often worn by the far right.