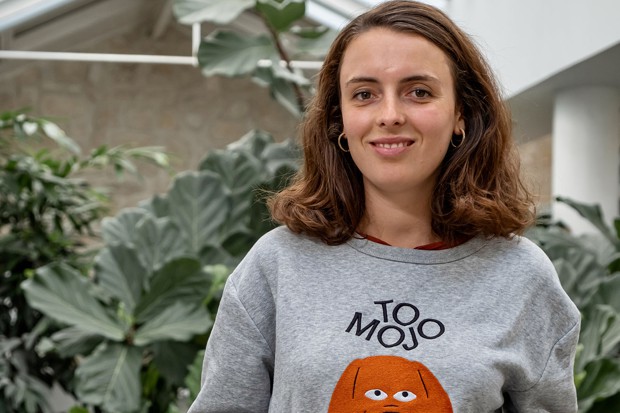 The European Food Safety Authority has just given the green light: the “mealworm” can now be found on our plates. Madeleine Morley didn’t wait to put insects in dog and cat bowls.

Co-founder of Tomojo, a French brand of “pet food” without conventional meat, the 28-year-old entrepreneur is teeming with projects. After selling 60 tonnes of kibble online in France in 2020, and diversifying its offer with Entovet (its veterinary range) and Moush (its treats for quadrupeds), the supporter of a carbon-free planet intends to conquer large specialized stores (GMS) and internationally.

“Our food is already distributed in South Korea, South Africa and a few countries in Europe. We are in the process of setting up exports to Malaysia, Australia and New Zealand ”, specifies, calmly, the young woman with thick chestnut hair and discreet freckles.

During 2021, a second fundraising should enable it to develop new more specific recipes, dedicated to puppies and kittens, as well as senior dogs and cats. All of this, still made in France, in a factory in Mayenne, made from insect flour from European farms.

Quite thoughtful, but impulsive

Sensitive since childhood to ecological issues, the native of London, daughter of a French teacher of English and a British financier, quickly became vegetarian, while deploring to serve daily a kilo of meat to his dog. Thus, once armed with a bachelor’s degree in economics from the University of Exeter and a master’s degree in environmental science from Imperial College London, she thinks of a solution that does not contribute to the scarcity natural resources, “While ensuring pets the necessary nutritional intake”.

After a sabbatical in Latin America – where she was an employee of a polo club in Argentina, a volunteer in a school in Peru, and a backpacker in Bolivia and Chile – followed internships in a development bank then in a NGO. Passionate about horse riding, she landed a permanent contract in London, within a firm specializing in emissions compensation carbon. “It was in 2017. On the one hand, the legislation was starting to change, with the authorization to use insect proteins in aquaculture. On the other hand, I was in full professional disillusion ”, remembers the one who describes herself as “Fairly thoughtful, but impulsive”.

Food more respectful of the environment

Above all, this yoga and Ayurveda follower has long since met her alter ego, Paola Teulières, neighbor in the building of her younger years. Since the age of nine, the duo have not left each other (Madeleine and Paola studied together in the United Kingdom), and share the same values. It is therefore obvious that the entrepreneurial adventure will be done in pairs, moreover, “tomojo” means “friendship” in Japanese. What convince Madeleine Morley to return to Paris in 2018.

“Madeleine brings imagination, vision and the ability to instill collective momentum, while I take care of the stewardship”, jokes Paola Teulières. And to praise the unwavering passion for animal life of her friend and partner: “On vacation in the Cévennes, when we crossed the road of a wild boar, Madeleine remained unusually relaxed”. The person concerned confirms her attachment to the wilderness: as a child (when she visited her father living in Johannesburg), she crisscrossed the reserves of South Africa, Botswana, Namibia, Zimbabwe and Mozambique. Next summer, “If the coronavirus is willing”, she plans a horseback ride in Kyrgyzstan.

But, for the moment, he must impose Tomojo on a market of animal feed which weighs 91 billion dollars in the world. And convince dog and cat owners that his hermetia illucens, or black soldier fly, offers a sustainable alternative, producing less greenhouse gases, consuming less water and limiting the risk of disease transmission. Arguments that hit the mark.