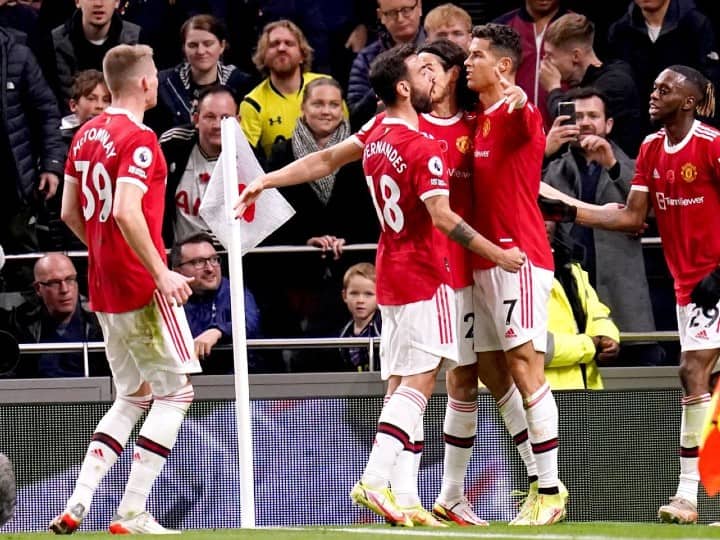 Premier LeagueManchester United got a big win on the 10th match day of the English Premier League. United defeated Tottenhan 3–0 one-sidedly. Cristiano Ronaldo played an important role in this victory. He gave the team the lead by scoring a goal in the first half and then made a superb assist in the second half. Manchester’s win over Tottenham is special in many ways. Firstly, with this victory, United returned to the top-5 teams of the league and secondly, this victory put some plaster on the historic defeat suffered last week.

Liverpool thrashed Manchester United 5-0 last week, one of United’s five biggest defeats in two decades. After this humiliating defeat at United’s home ground, the spectators were very disappointed. All the players of the team and the coach of the team Ole Gunner were the target of football experts and fans. However, after this victory, the audience has also got a chance to dance again and the critics of United have also kept silent.

In the beginning, both the teams showed a level playing field. Then, in the 39th minute, Ronaldo scored a brilliant goal off his Portuguese teammate Bruno Fernandes. Ronaldo did not stop here, in the second half, Edison Cavani scored a goal near him and doubled the lead. Metich’s goal in the 86th minute ensured the team’s victory. Despite holding the ball for 58% of the time, Tottenham players could not hit a single shot on target. English captain Harry Kane also appeared breathless in this match. Manchester United’s victory has once again raised their hopes of winning the league title. United’s team is currently on the 5th position with 17 points, while the top-ranked Chelsea have 25 points.

IND vs NZ: The road to the semi-finals is very difficult for Team India, many challenges in front of the team

IND vs PAK: From India to Afghanistan match, when Babar Azam was standing on the field, his mother was on ventilator in the hospital