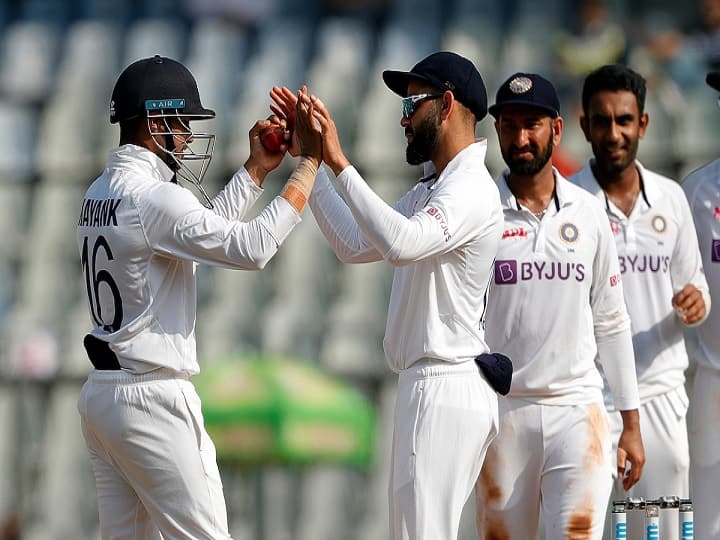 IND vs NZ, 2nd Test: The Indian team defeated New Zealand by 372 runs in the second Test match to win the Test series 1-0. The first match of the series was played in Kanpur, which was drawn at a very exciting turn. The second match played at the Wankhede Stadium was very special in many ways. In this match, many players of both the teams performed historically and made unique records in their names. Today we are telling you what records were made in this match.

India won the match by the biggest margin, won the 14th consecutive series at home

The Indian team had given a target of 540 runs to New Zealand, in response to which the visiting team could score only 167 runs. Team India won this match by 372 runs. This is the biggest victory of the Indian team so far in Test cricket. The special thing is that India has won the 14th consecutive series on home soil. India has won the 7th match out of the last 8 at home against New Zealand.

This record was recorded in the name of Kohli

A record was also recorded in this match in the name of Indian captain Virat Kohli. Team India has won the 39th Test match under the captaincy of Kohli. Kohli is one of the most successful captains of Indian Test cricket. However, in this match the captain could not do any wonders with the bat.

Star spinner Ravichandran Ashwin took four wickets each in both the innings of the second Test against New Zealand. New Zealand’s last wicket took Tehi Ashwin’s name to record 300 wickets in Test cricket on home soil. To do so, Ashwin became the second bowler in India and the sixth in the world. Before him, Anil Kumble (350) has done this feat.

New Zealand spinner Ejaz Patel created history by taking all 10 wickets in the first innings against India. Ejaz became the third bowler in the world to take 10 wickets in an innings. Before him, this feat has been done by Jim Laker and Anil Kumble.