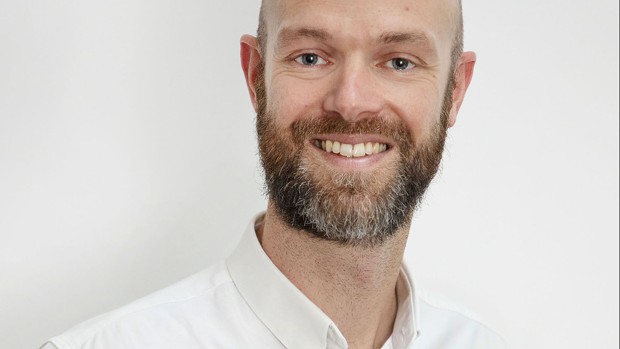 Produce hydrogen, yes, but green, the one that comes from renewable energies, and nothing else. With Matthieu Guesné, this conviction is deep, militant, nourished by readings, thousands of pages and studies, including that of the IPCC. Lhyfe, the company he founded, will produce its first kilos of green hydrogen in May in Bouin, Vendée. This is where the company installed its first electrolyser, powered by wind turbines.

Because Lhyfe succeeds, among other things, in adapting this production to the intermittence of the winds. Already, the order book is full. The start-up has around forty production units to build in Europe, and its ultimate ambition is to install electrolysers on wind turbines at sea. Thus, even before the States launch hydrogen plans with billions of dollars euros, this 39-year-old engineer and his 35 employees seem to have taken a good head start.

Son of a bank employee and a teacher, Matthieu Guesné grew up in Angers. It is also there that he carried out his engineering studies, at Eseo. Engineering? A vocation for the young geek, early follower of the assembly and disassembly of objects such as programming. “With electronics, we can do anything, it’s a royal road”, he explains.

His first weapons, Matthieu Guesné will make them within the metrology branch of Hewlett-Packard, “A large American company where you learn the organization, the method. “ In 2011, the Breton company Siepel responded to his travel needs: appointed commercial director, he represented the highly technical products of this manufacturer of Faraday cages and anechoic chambers in 35 countries.

A blank sheet at CEA

Tired of jet lags, in 2015 he joined the Atomic Energy Commission with, quickly, the mission of developing in Nantes the new CEA tech, this patent factory, spearhead of industrial innovation in France. This project “Starting from a blank sheet with regional SMEs”, has everything to fascinate this tech-savvy.

But quickly, the subjects he apprehends, in transport and renewable energies, intersect and end up drawing the outlines of Lhyfe, “A bit like a revelation”, he slips. Thus was born the start-up in 2017. Two years later, the story accelerates in 2019 with a fundraising of 8 million euros, trigger of the prototype of Bouin.

How to carry out 40 projects in Europe? ” You have to trust each other, know how to manage priorities, remember something important, be well supported, move forward step by step ”, calmly exposes this method, comparing the project to the renovation of his house, which he carried out himself with tools in hand. His influences? ” Schwarzenegger “, Laughs this skinny, laughing bearded man emphasizing, beyond the second degree, the environmental vision of the actor-governor of California. This photo fan mentions more seriously his admiration for Sebastião Salgado, for the art of capturing in black and white ” the best and the worst “ of humanity and for its commitment to reforestation.

Fervent, anxious to convince, Matthieu Guesné passes without transition from an invigorating optimism to the disaster scenario, inevitable, according to him, ” if we don’t act immediately, if we don’t stop being predators ”. It evokes the time “Incredible where everything is possible”, with digital, renewable energies, available funding “And the agility of start-ups that shake up established orders”. Conversely, he describes the chaos if wealth is not shared, if the world demography does not fall and the wars that this would provoke for water, for food resources … “And it will not stop at our borders”, supports Matthieu Guesné, who is eager to act while embracing the long term. He evokes his grandmother, a peasant, who would have understood the benefits of rational consumptione, but also the world in which his children and those of others will live. “You have to project yourself, he said, on the consequences that our actions will have in 2080. ”

In this difficult period, entrepreneurs and managers of VSEs and SMEs need support more than ever. The Les Echos Entrepreneurs site is making its contribution by offering free information and testimonials for the next few weeks.
>>> To stay informed of entrepreneurs and startups news,
remember to subscribe to our daily newsletter

and / or the weekly newsletter Goodbye to the crisis!