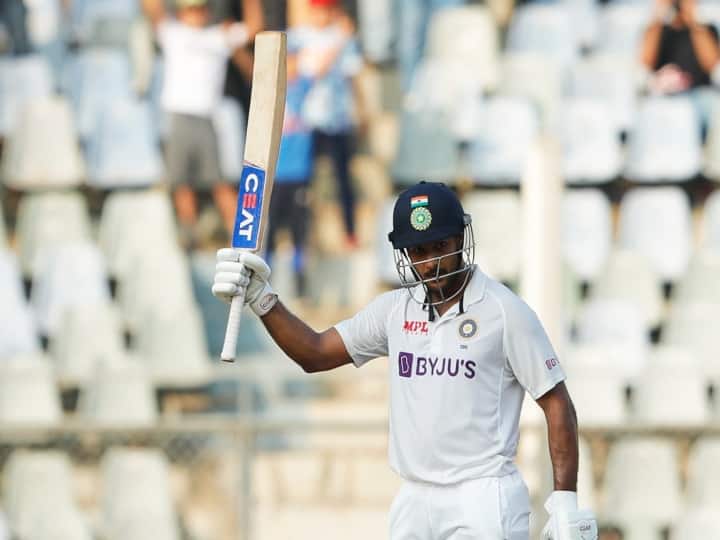 IND vs NZ, 2nd Test Match: On the first day of the second match between India and New Zealand, Indian batsman Mayank Agarwal was lit. Batting carefully, he completed his century in 196 balls. Thanks to his brilliant innings, the Indian team scored 221 runs on the first day losing 4 wickets. Mayank is unbeaten on 120 runs and he has a chance to make a unique record on the second day. Wriddhiman Saha is supporting him at the other end. Mayank could not play a big innings in the first test match, but in the second match he impressed everyone with his game.

Mayank Agarwal has scored this century after battling poor form for a long time. This century with his bat has come out after 13 innings. This is the fourth century of Mayank’s Test career, which is very important for the team. Mayank was not selected in the team for the Australia tour due to poor form. Not only this, he also proved to be a flop in the first match played in Kanpur. Hopefully he will play a big innings in this match.

Can make this unique record

Mayank Agarwal has a golden opportunity to score a double century in the second match against New Zealand. If he manages to do so, it will be the third double century of his career. The special thing is that his bat runs a lot on Indian soil. He has scored 747 runs at the best average in seven matches played at home grounds. During this his average has been 93.37. It is expected that Mayank would like to maintain this average in this match.

Also read: Ind vs NZ, Mumbai Test: It was difficult for Mayank Agarwal to make it to Team India, the credit for the century given to these two legends

BCCI Exhibition Match: Ganguly seen in old colors, great shot against this team, here is the result of the match