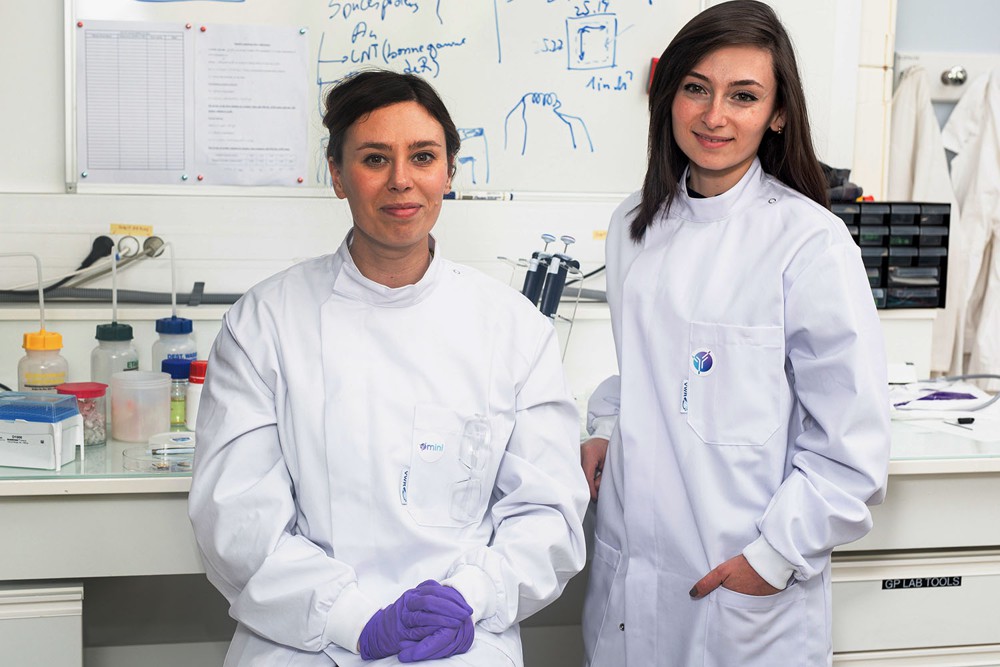 The Secretary of State for Digital, Cédric O, recently stated with conviction: “Entrepreneurship is no longer a taboo word among researchers”. These words, Joanne kanaan and Anna shirinskaya could gladly take them on their own.

The first was born in Lebanon and completed a doctorate in biochemistry at the Ecole Normale Supérieure (ENS). The second is from Russia, has a doctorate in bioelectronics and began her research at the Polytechnic school.

A brilliant career in the superior opened itself to them. But fate is sometimes capricious. “I quickly realized during my thesis that I did not want to continue in a traditional research path. Entrepreneurship turned out to be one of the possible options ”, recalls Joanne Kanaan. “For her part, Anna Shirinskaya was working on a technology in which she saw a lot of potential but which, until now, had remained confined to research laboratories and had never been used on the market. “

Thes two women, now naturalized French, met as part of the “entrepreneur first” program, intended to encourage scientists who want to create a start-up from a research project. The agreement is immediate and, in 2019, the partners cofound medtech Omini. The goal? Develop a new generation of portable blood tests equipped with biosensors.

The beginnings are not easy, because entrepreneurship is a new universe to tame. But Joanne Kanaan and Anna Shirinskaya are determined and learn fast. Result: Omini has just completed a fundraising of 1.7 million euros. This funding should enable them to accelerate the prototyping and industrialization of their first product.

The technology developed by medtech has the advantage of detecting a wide variety of blood biomarkers, which provide information about possible pathologies. “The goal is toimprove patient follow-up through recurrent measurements of key biomarkers, and thus to detect in advance the deterioration of the state of health “, decrypts Joanne Kanaan. Which, in fine, can allowavoid hospitalizations.

Omini hopes to participate in the decentralization of medicine because their product is intended for use in patients’ homes once it has passed the various clinical trials. “We want to be inspired by blood sugar for diabetic patients”, slips Joanne Kanaan. “The idea is that the patient pricks himself on his finger, places a drop on a disposable chip (our sensor) and plugs the chip into a portable connected reader, which will display the measurement after a few minutes” .

Initially, Omini wants to industrialize a product dedicated specifically to the monitoring of cardiovascular diseases. But the young shoot is already projecting further. “Our sensors are suitable for the detection of a wide variety of blood biomarkers, so we want to gradually diversify our product portfolio to address different pathologies”, explains Joanne Kanaan. There is still a long way to go for Omini, but the former researcher has already acquired the reflexes of good entrepreneurs.