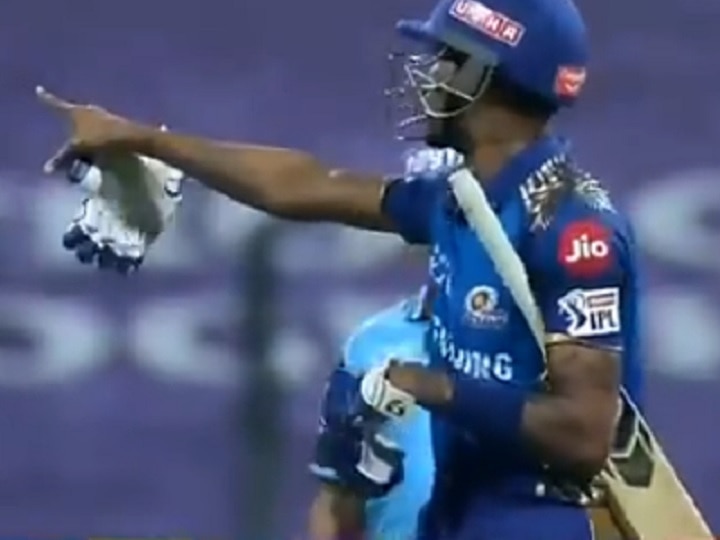 In the 48th match of IPL 2020, Mumbai Indians defeated Virat Kohli’s team Royal Challengers Bangalore by five wickets. With this victory, the Mumbai team has confirmed a place for the playoffs. Mumbai’s winning hero was Suryakumar Yadav, who scored 79 runs in 43 balls. Mumbai’s all-rounder Hardik Pandya and RCB pacer clashed in the field in the 19th over of the match. After the match, referee Manu Nair has reprimanded both of them. Both players have been found guilty of breaking the code of conduct.

Pandya out on the next ball after hitting the six

In the last two overs of the match, Mumbai Indians needed 16 runs to win. In the 19th over, fast bowler Chris Maurice has come to bowl for RCB. Maurice gave just three runs on the first three balls. On the fourth ball of this over, Pandya hit a six while applying helicopter shots. However, on the very next ball, Morris got Pandya caught at the boundary by Mohammad Siraj. After this, Hardik started arguing with Morris while returning to the pavilion. There was a fight between the two.

In this match, Hardik Pandya scored 17 runs off 15 balls. He hit two sixes in the innings and both hit Chris Morris. At the same time, Chris Maurice took one wicket for 36 runs in four overs.

MI vs RCB: Ravi Shastri, who was not selected in Team India, was Suryakumar Yadav, said – be patient