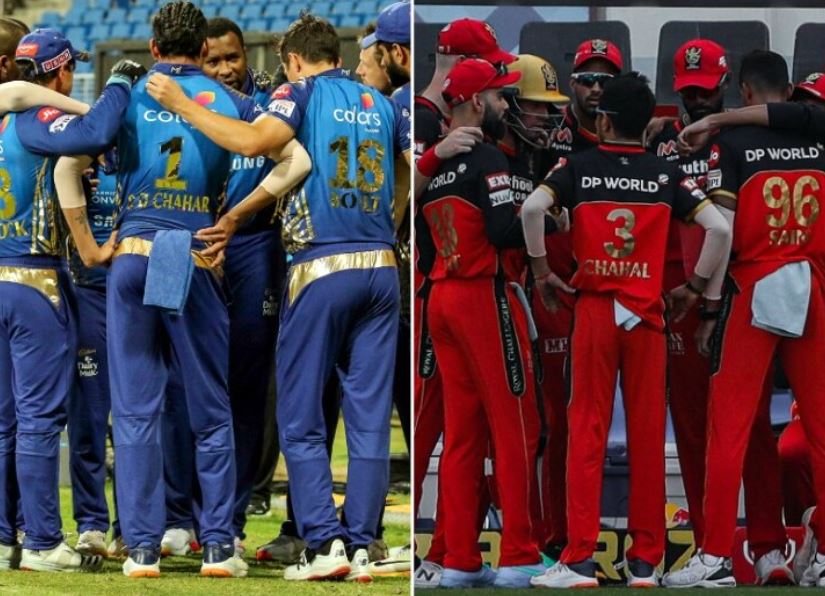 IPL 2020 MI vs RCB Live: Mumbai Indians and Royal Challengers Bangalore are just two points away from qualifying in the playoffs for the 13th season of the Indian Premier League (IPL). Both teams will be face to face at the Sheikh Zayed Stadium here today and will make every effort to qualify. Both teams have 14–14 points in 11–11 matches. Mumbai is in the first place due to better run rate, while Bangalore is in the third place.

The absence of captain Rohit Sharma is a problem for Mumbai. Rohit’s name is missing from the teams of the three formats in the announcement of Indian teams made for Australia tour on Monday. Rohit has not played in the last two matches of Mumbai as well, and in his place Kieran Pollard is captaining the team. The team was defeated in the last match. Even after scoring a huge score of 195 runs, Rajasthan defeated Mumbai on the basis of Ben Stokes’ best century and Sanju Samson’s half-century innings. Bangalore was also defeated by Chennai Super Kings in the previous match.

Of course, both these teams have lost in previous matches, but Mumbai and Bangalore are in excellent form at the moment and this match is expected to be exciting. The absence of Rohit has not affected Mumbai’s batting. Young Ishaan Kishan has given a good start to the team with Quinton de Kock, while in the middle order are Suryakumar Yadav, Hardik Pandya.

Bangalore’s batting is also strong like Mumbai. The opening pair of young Devdutt Padikal and veteran Aaron Finch has reduced the burden on the shoulders of Virat Kohli and de Villiers. Chris Maurice has also done this job well in the lower order. The absence of a batsman like Rohit in the Mumbai team can be a weakness for him as Bangalore have two of the best batsmen in the world – Kohli and de Villiers.

If both bowling teams are bowled, then Mumbai looks a bit stronger here because it has more experience and is a world class bowler than Bangalore. The names of Trent Bolt, Jasprit Bumrah and James Pattinson show what they can do.

Although all of them failed in the last match against Rajasthan, which suggests that fast runs can be scored against these bowlers, but it would be a big mistake to consider them weak because of one match. Bangalore has the enthusiasm of young fast bowlers. Navdeep Saini, Mohammed Siraj, Isuru Udana, Shivam Dubey are doing it all well. He also has an experienced bowler as Maurice.