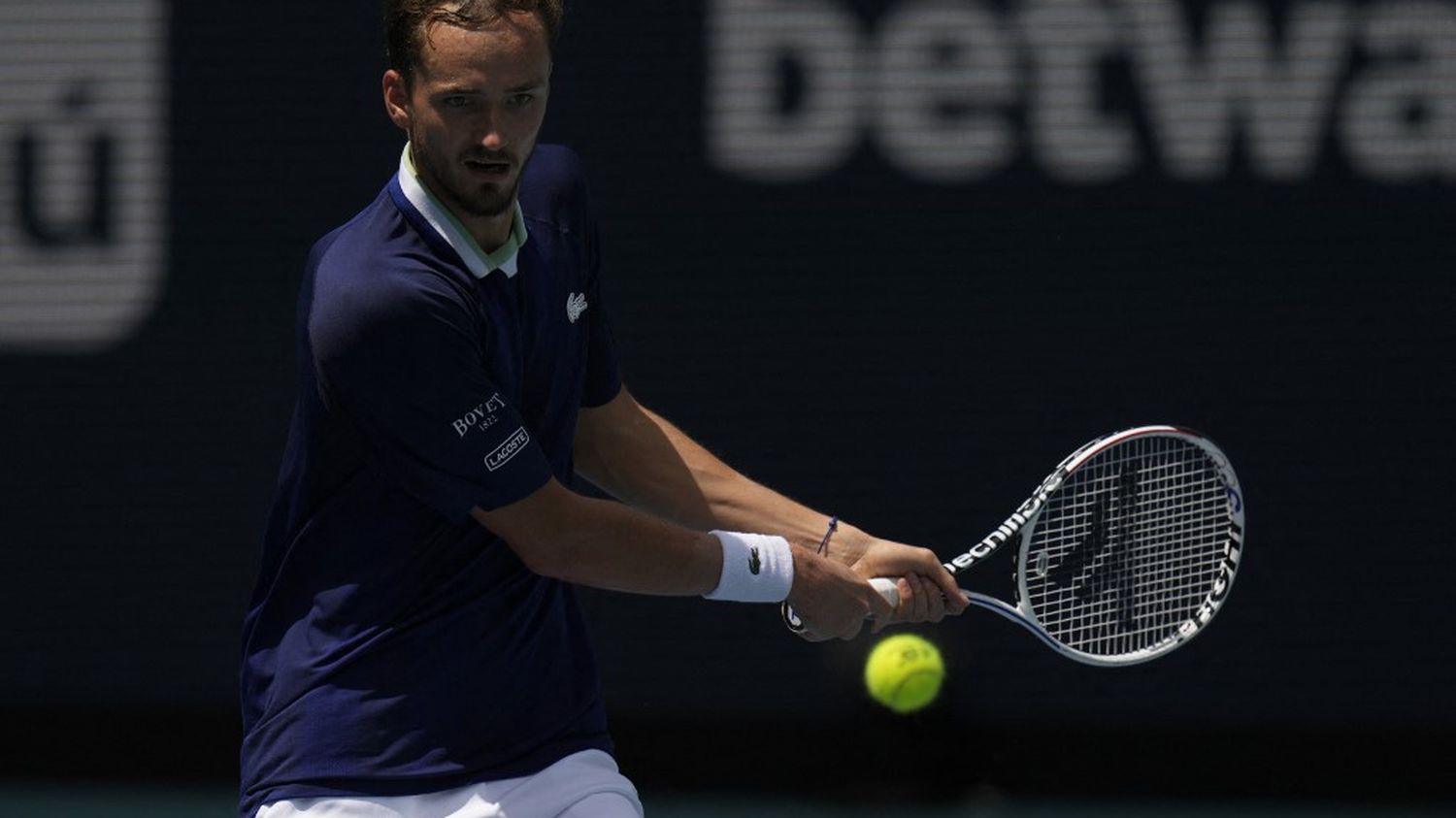 No surprises in Miami. The favorites all qualified for the next round of the Miami tournament on Monday March 28. World number 2 Daniil Medvedev qualified in the round of 16 like defending champion Hubert Hurkacz. Among the women, Naomi Osaka confirmed by qualifying for the quarter-finals.

As usual, the Russian relied on a quality service: 14 aces, 75% of points won behind his face-off. He plays his tennis under the Florida sun after having already dismissed Andy Murray for his entry into the running in the previous round (6-4, 6-2). In the round of 16, he will be opposed to the American Jenson Brooksby (39th in the world), scorer of the 17th at AT¨P Roberto Bautista Agut (6-3, 5-7, 6-4).

Hubert Hurkacz struggles to get rid of Aslan Karatsev

Unlike Daniil Medvedev, nothing was easy for Hubert Hurkacz. After three disputed sets and 2h24 on the court, the defending champion still managed to eliminate Aslan Karatsev (7-5, 4-6, 6-3). The meeting could however have turned at the start of the third set. After losing the second set, the Pole has indeed dismissed two break points at the start of the last set. In the process, Hurkacz took the service of the 32nd player at ATP. A decisive break.

To qualify for the round of 16, the 10th player in the world relied heavily on his face-off. He totaled no less than 24 aces over the entire match. Hubert Hurkcaz is still in the race to retain his title. In the next round, he will challenge Lloyd Harris or Yoshihito Nishioka.

The Japanese seems to be back. For the first time since February 2021 and her crowning at the Australian Open, Naomi Osaka has just had four consecutive victories (even if she owes her success in 16th to Muchova’s package). Monday, in the round of 16, she released the American Alison Riske in straight sets (6-3, 6-4 in 1:32), as in her first three meetings in Miami.

Osaka immediately took the match on his own by breaking the first set. The 77th player in the world could even have concluded the first set more quickly if she had converted one of her five set points on opposing service, at 5-2. Conversely, Osaka lost his face-off at the start of the second on his only conceded break point (7/8 saved). But she then reacted very quickly thanks to two successive breaks.

Hitting her stride in Miami

@naomiosaka sets up an enticing quarterfinal clash with Collins after a straight-sets win over Riske!#MiamiOpen pic.twitter.com/1QR09QDOEv

In the quarter-finals, the Japanese will be opposed to the recent finalist of the Australian Open, the American Danielle Collins (11th in the world), easily victorious over the Tunisian Ons Jabeur (6-2, 6-4 in 1:07).