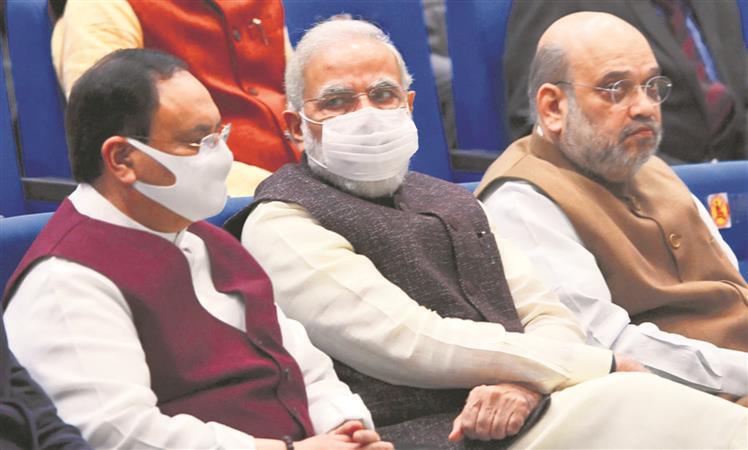 Prime Minister Narendra Modi today expressed concern over the attendance of BJP MPs during Parliament proceedings, cautioning that unless they transform themselves there could be changes.

The Prime Minister said people elect MPs to represent them in Parliament and attending the sessions should be their priority, they said. While this is the first time that a parliamentary party meeting was held outside the precincts due to the ongoing work in the Parliament complex, this is not the first time the PM has pulled up MPs over not attending regularly.

Sources said BJP lawmakers were also asked to organize programs in their respective constituencies to felicitate Padma awardees and conduct sports events after the winter session is over. The PM also asked MPs to focus on public health, underlining the importance of “Surya Namaskar” and its health benefits.

BJP president JP Nadda said a “kisan sammelan” should be held and farmers who have helped improved agricultural practices be felicitated at the event.