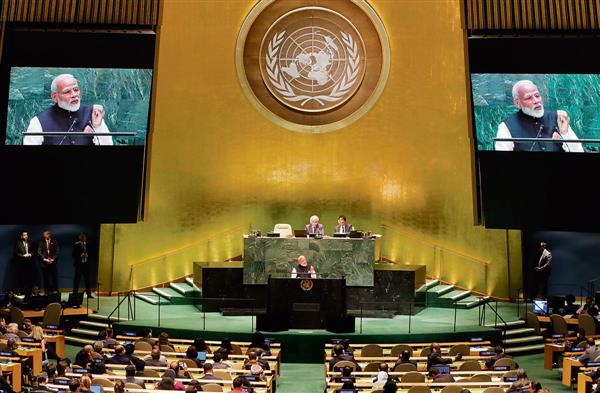 Prime Minister Narendra Modi will participate in the Quad leaders’ summit in Washington on September 24, the Ministry of External Affairs (MEA) announced on Tuesday.

The prime minister is also scheduled to address the ‘General Debate’ of the high-level segment of the 76th session of the United Nations General Assembly (UNGA) in New York on September 25, it said.

“Prime Minister Narendra Modi would be participating, along with Prime Minister Scott Morrison of Australia, Prime Minister Yoshihide Suga of Japan and President Joseph R Biden of the US, in the Leaders’ Summit of the Quadrilateral Framework in Washington DC, US, on September 24,” the MEA said in a statement.

It said the leaders would review progress made since their first virtual summit on March 12 and discuss regional issues of shared interest.

“As part of their ongoing efforts to contain the Covid pandemic, they will review the Quad Vaccine initiative which was announced in March this year,” the MEA said.

“The summit would provide a valuable opportunity for dialogue and interactions among the leaders, anchored in their shared vision of ensuring a free, open and inclusive Indo-Pacific region,” the MEA said. PTI