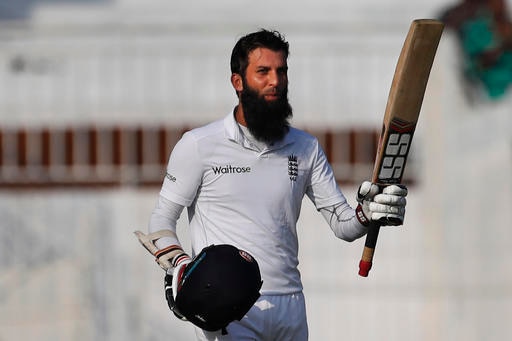 England vs India 4th Test: Moeen Ali is surprised by R Ashwin’s exclusion in the first three Tests. But the England all-rounder said that Ravindra Jadeja would have been his choice if India had stuck to the strategy of fielding only one specialist spinner. Jadeja was given preference over Ashwin because of his batting, but there may be a change in the team in the fourth Test starting on Thursday at The Oval.

Jadeja is one of my favorite cricketers – Ali

Moeen Ali said before the fourth test, “I am a little surprised that Ashwin has not played yet. But I believe Ravindra Jadeja is an amazing cricketer and one of my favorite cricketers in the world. I will always have Jadeja in my team. Rakhta. I think after winning at Lord’s, India adopted the strategy of going with four fast bowlers and Jadeja did a great job. I am sure Ashwin will be considered in the next Test.”

Ali has been appointed as the vice-captain for the fourth Test.

Wicket-keeper batsman and vice-captain Jos Buttler will not be part of the English team in the fourth Test. He will not play in this Test due to the birth of his second child. In such a situation, Moeen Ali has been made the vice-captain. He said, “It is a great honor for England to captain or vice-captain in any format and I am very excited about it.”