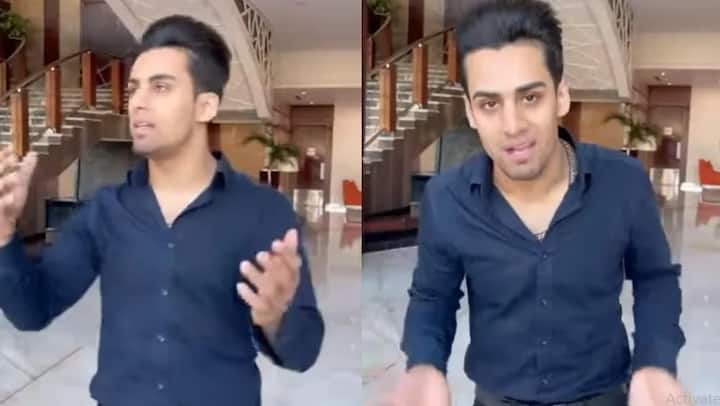 Momin Saqib New Video: Of course, the T20 World Cup 2021 ended after the final match between New Zealand and Australia on Sunday, but a video related to this tournament is still going viral on social media. Actually this video is of famous supporter of Pakistani cricket team Momin Saqib. This is Momin’s second video about Pakistan’s loss to Australia in the semi-finals. He posted this video before the final match when earthquake tremors were felt in Dubai.

what’s in the video

Momin Saqib says in this video, ‘Just now there has been a very strong fire in Dubai. I hope all is well. I was going to watch the final when suddenly started shaking. I thought I had gone mad after Pakistan’s defeat. Then brother’s call came that water has come, run down. When I came down everyone was safe. You stay safe, let’s go to see the final.

Video was posted even after Pakistan’s defeat

Even after Pakistan’s exit in the semi-finals, Momin posted a video. In this he had said, ‘Leaving the streets of Dubai and going back to your life. The last 2 weeks were good, but remember that life is like riding a bicycle. If you stop, you will fall. That’s why you should keep moving forward. I will meet you all in Australia next year. Then the Australian team will hit 10 sixes in 1 over.

Who is Momin Saqib

Momin Saqib is a fan of Pakistan cricket team. He keeps making some videos about almost every match of Pakistan. These videos of him are quite popular on social media. Momin got popularity during the ICC Cricket World Cup 2019. He posted a video after Pakistan’s loss to India in this World Cup. In this, he was seen saying O brother, kill me. Even after this, many of his videos became very viral. Momin by the way lives in London.

T20 World Cup 2021: After winning the World Cup, Australia got prize money of 12 crores, yet the kangaroos were left behind by the team that lost the IPL