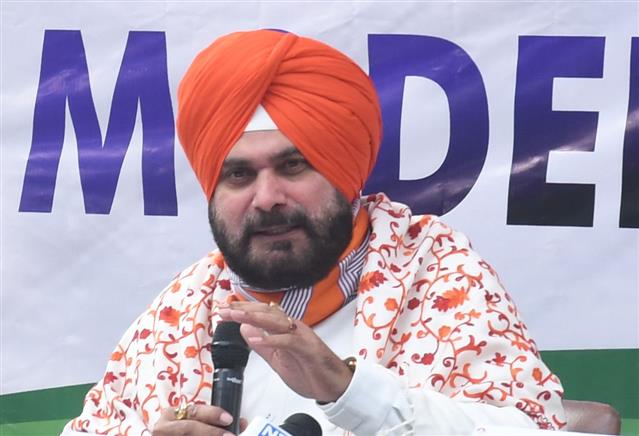 Punjab Congress chief Navjot Singh Sidhu on Tuesday said this time the people of Punjab would elect their CM, and not the party high command. People will choose a leader who has a futuristic agenda for the state, he said at a press conference here.

Projecting himself as the numero-uno leader who has a plan to pull the state out of the fiscal crisis and mafia raj, Sidhu shared the roadmap about his “Punjab model” broadly. He talked about setting up government-run corporations to boost state’s income and check evasion of revenue in liquor, mining, transport and cable business.

With a month left for the Punjab Assembly elections, Sidhu openly reiterated his stand on the CM face of the party just days after the Congress announced it would go to the polls with the collective faces of Sidhu, Charanjit Singh Channi and Sunil Jakhar.

Sidhu stressed he was not at war with any individual, but fighting for the benefit and future of Punjab. Evading questions on the power tussle between CM Channi and him, the PPCC chief said: “Whatever I am talking about (on the Punjab model) is with the consent of the party’s general secretary. Punjab is not the property of an individual.”

On being prodded to comment on the works and claims of 111 days of governance by Channi, he said: “If Channi has shown intent to run the government in 111 days, I am talking about the policy-making for the next five years. There should be no confusion.” — TNS