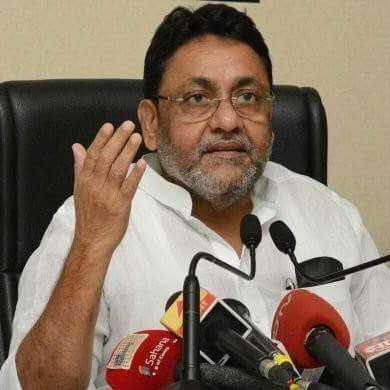 Against the backdrop of various raids conducted by the NCB, including on some high-profile people, Maharashtra minister and NCP spokesperson Nawab Malik on Thursday alleged that the anti-drugs agency had “mala fide intentions” and is involved in “selective leaks” to frame people.

Addressing a press conference, Malik said his son-in-law Sameer Khan, who was recently granted bail in a drugs case after nine months, would move the high court to seek quashing of charges leveled against him by the Narcotics Control Bureau (NCB) .

Khan was arrested by the NCB in January this year in an alleged drugs case. He got bail last month.

Apart from the recent drug bust on board a cruise liner off the Mumbai coast that led to the arrest of actor Shah Rukh Khan’s son Aryan Khan, the NCB last year investigated a drug case linked to the death of actor Sushant Singh Rajput and several other matters related to narcotics involving high-profile people.

Malik last week had alleged that the NCB’s raid on the cruise ship off the Mumbai coast on October 2 was “fake”, and no narcotic drugs were found during it.

On Thursday, the minister alleged that the “NCB has mala fide intentions and is involved in only selective leaks to frame people”.

He said his security was beefed up after he started getting “threats” when he raised doubts over the NCB’s investigations.

Referring to the bail order issued by an NDPS court in connection with the case involving his son-in-law, Malik said there was “no prima facie evidence of a drug syndicate”.

It is surprising that an agency like the NCB cannot differentiate between drugs which fall under the NDPS Act and tobacco-related items, the NCP leader said.

“It (NCB) said ‘ganja’ was seized (in the case involving Sameer Khan), but there was none. I just had to make things clear today after the bail order, since the BJP was targeting me over my son-in- law when I raised issues about the NCB’s fake case of the cruise drug party,” the NCP leader said.

Malik claimed that his family faced trauma and stigma because of the NCB. PTI