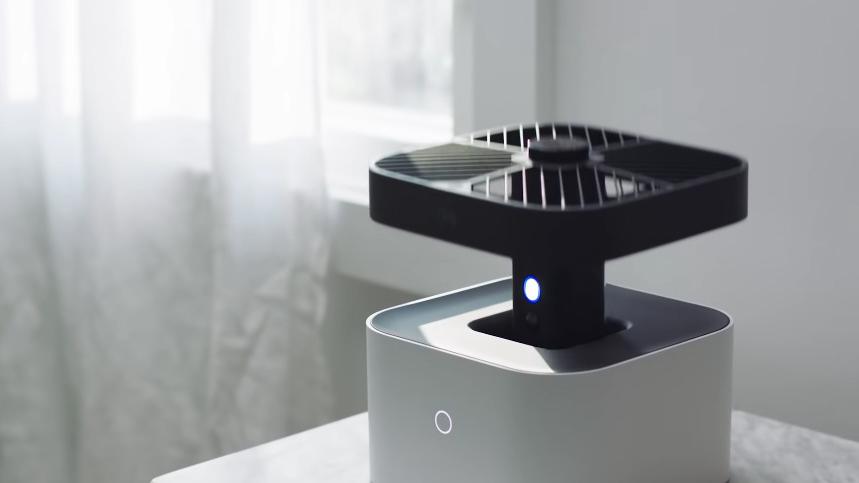 It’s a product that some will find great and others totally stupid. The giant Amazon will soon launch, through its subsidiary Ring, a mini-flying drone to monitor its home from a distance, theAlways Home Cam.

It is a small video camera placed on a base that takes off automatically when needed, for example, if a sensor on a patio door detects an intrusion into your home while you are away. On your side, you will then receive an alert on your smartphone and you can monitor what is happening. In theory, the device is supposed to scare off the intruder. This mini surveillance drone can also be used to check, for example, if you haven’t forgotten to close a window or turn off the oven. This unusual product is slated for release next year, at least in the United States, for around $ 250.

Home security is a growing market that many brands are interested in. Amazon is one of the leaders, through its subsidiary Ring, which notably offers wireless connected doorbells equipped with video cameras, for individual homes. The French brand Netatmo / Legrand is due to launch a similar product this week.

These small cameras not only make it possible to know who is ringing the doorbell, including when you are away, but also to monitor what is happening in the street or in the garden in front of the house, thanks to an automatic recognition of the figures. They can alert the owner if, for example, an individual appears to be prowling near the home. However, these connected tools are starting to raise questions. In the United States, Amazon has partnered with law enforcement to use connected cameras from individuals to monitor residential neighborhoods, prompting an outcry from privacy groups.