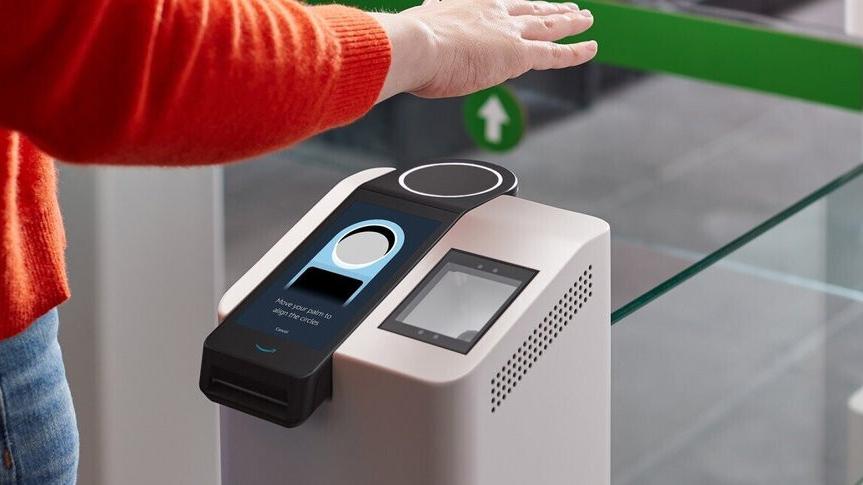 The American firm Amazon is currently testing in two of its physical stores, in Seattle in the United States, a biometric payment system, called Amazon One, based on the recognition of the palm of the hand.

You do your shopping, and instead of taking out your bank card or your smartphone, all you have to do is raise your hand above a terminal to be immediately authenticated and charged to your bank card. Amazon explains that the palm of the hand has characteristics unique to each individual, which are invisible to the naked eye, but, with an artificial vision system, this becomes biometric data, like a fingerprint.

You must have previously registered your “manual fingerprint” and associated it with your bank card. The firm explains that one can associate one credit card per hand, so possibly two cards (what if we have more?).

This is a new form of contactless payment, particularly popular with consumers at a time of the Covid-19 epidemic and Amazon plans to offer this technology to other store brands around the world. This system could also serve as an authentication to access buildings, instead of a traditional badge.

However, such a system raises questions as to respect for private life, since an image of the hand thus constituted constitutes biometric data, which relates to private life. “We take data security and privacy seriously”, Amazon assures us. The group explains that the data is not stored in the terminal but on servers in the cloud. But is it really more reassuring? At Apple, on the contrary, biometric data does not go to the cloud but remains, in encrypted form, in a secure enclave in the smartphone, so that no one can access it. That said, Amazon assures that users can request that the data be erased.