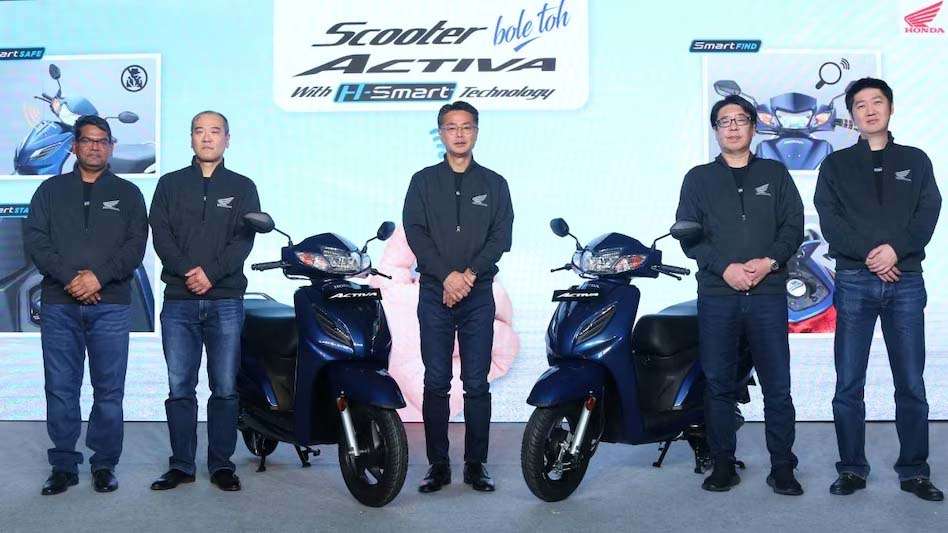 New Delhi. The company has introduced Honda Activa H-Smart in a total of three variants. In this scooter, the company has given 5 in 1 lock system. In the scooter, you can operate many features including ignition, lock and seat with the Smart-Key just like a car.

Honda Activa H-Smart: Honda Scooter India today launched its popular scooter Honda Activa in the domestic market by updating it with new advanced tactics and features. The company has named this new scooter as Activa H-Smart. Coming with state-of-the-art smart-key with very attractive looks and strong engine capacity, this scooter has been introduced in a total of three variants, in which the base standard variant has been priced at Rs 74,536 (ex-showroom). . The company has made the new Activa even smarter than before, with this scooter being given a smart key, as you get with cars.

What is special about the new Honda Activa H-Smart
In the new Activa, the company has introduced the Smart-Key variant as the top model, which is about Rs 3,500 more expensive than the Deluxe variant. The company has included only the smart-key feature in it, no change has been made in its engine mechanism. In this, the company has used a single cylinder engine of 109.51cc capacity as before, this engine comes with silent start system and side stand engine inhibitor.

Giving the scooter a stylish and smart look, the new alloy wheels further enhance it. The sleek design with premium color scheme and 3D emblem lends the scooter an advanced and upscale image. It gets attractive headlamps and real tail lamps along with side winkers. It also gets DC LED headlamps which provide better illumination at night.

This scooter comes in a total of three variants Standard, Deluxe and Smart. Customers can choose from 6 colors including Decent Blue Metallic, Rebel Red Metallic, Black, Pearl Precious White and Matte Axis Gray Metallic. The price of all their variants is as follows.

In its front, the company has given telescopic fork suspension and adjustable shock absorber suspension at the rear. Equipped with Combi Braking System, the new Activa 6G Smart has been made even better than before. You can turn on/off the ignition, lock the scooter with this smart-key, apart from this the seat and fuel lid can also be operated with the same smart-key. If your smart-key is away from the scooter, its ignition function will be completely locked.