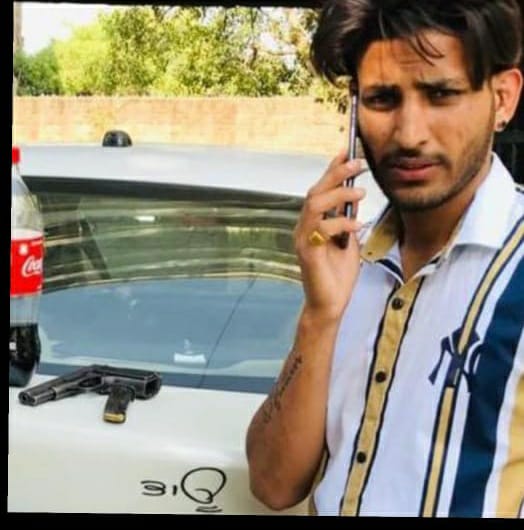 Two of his associates, who were also dreaded criminals – Ajay Kumar alias Mani son of Manjitpal Singh, resident of Kotkapura, and Amritpal Singh alias Bhinder, resident of Bhinder Kalan, Moga, were arrested by the local police, a few days ago.

Harman Bhau and his associates were wanted by Moga police in many criminal cases — drugs, highway robberies, attempt to murder for ransom, gang war, snatchings among others.

An FIR under Section 22 of the NDPS and Sections 25 and 27 of the Arms Act has been registered against him at the Mehna police station in the district, the SSP said.

Harman Bhau is a resident of Cheema village, which falls under Patti police station in Tarn Taran district.

Bhau, who is the main hitman and sharpshooter of a dreaded gang, is wanted in at least 10 FIRs of various natures of criminal activities.

Presently, he was under the custody of the CIA, where he was being interrogated to ascertain and verify various crimes he had committed in the past and also the source from where he had procured the weapons to commit those crimes, the SSP Harmanbir Gill added.

At least 3 FIRs of attempt to murder and other crimes had been registered against him in the Tarn Taran district besides one FIR of snatching a car in Panchkula, Haryana.