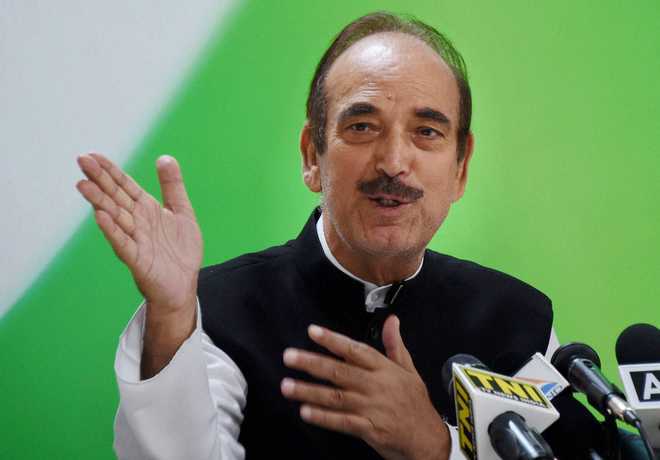 The Congress churn over its rapidly depleting electoral base continued on Sunday with letter writer and veteran Ghulam Nabi Azad saying the party had been hit by a “five-star culture” and stood disconnected from the grassroots.

Calling for urgent elections at the level of block, district and state Congress committees, Azad, who was among 23 leaders to urge Congress president Sonia Gandhi in writing for an organizational overhaul this August, said today that leaders seeking change were “reformists and not rebels “.

“We are not rebels, or dissenters. We are reformists speaking for the betterment of the party. We are not against the Congress leadership. Rather we are strengthening the hands of leadership by proposing wide ranging reforms, ”said Azad, days after another letter writer and former minister Kapil Sibal publicly said time for introspection in the Congress was over and now was the time for action.

Reacting to Bihar election loss of the party, Azad blamed the five-star culture that, he said, was harming party’s prospects.

“Congress leaders at various levels should give up this five-star culture at least during elections. State in charges must tour the field and not be in a hurry to return to their five star hotel at nights when they are managing elections. They should instead go among the people with the local leaders instead of leaving the turf open for opponents, ”said Azad.

He said there was no point in staying in top hotels in state capitals and return to Delhi after few days.

“This is just a waste of money. There is a huge disconnect between people and leaders at district, block and state level. So why blame only the national leadership all the time, ”asked Azad.

He said Congress leaders must come through elected committees and that way they will feel closer to the people.

The former minister also said the Congress president had already accepted the demand to hold elections to the post of party chief and the CWC.

“I am not repeating that demand because it has already been accepted,” said the senior Congressman.