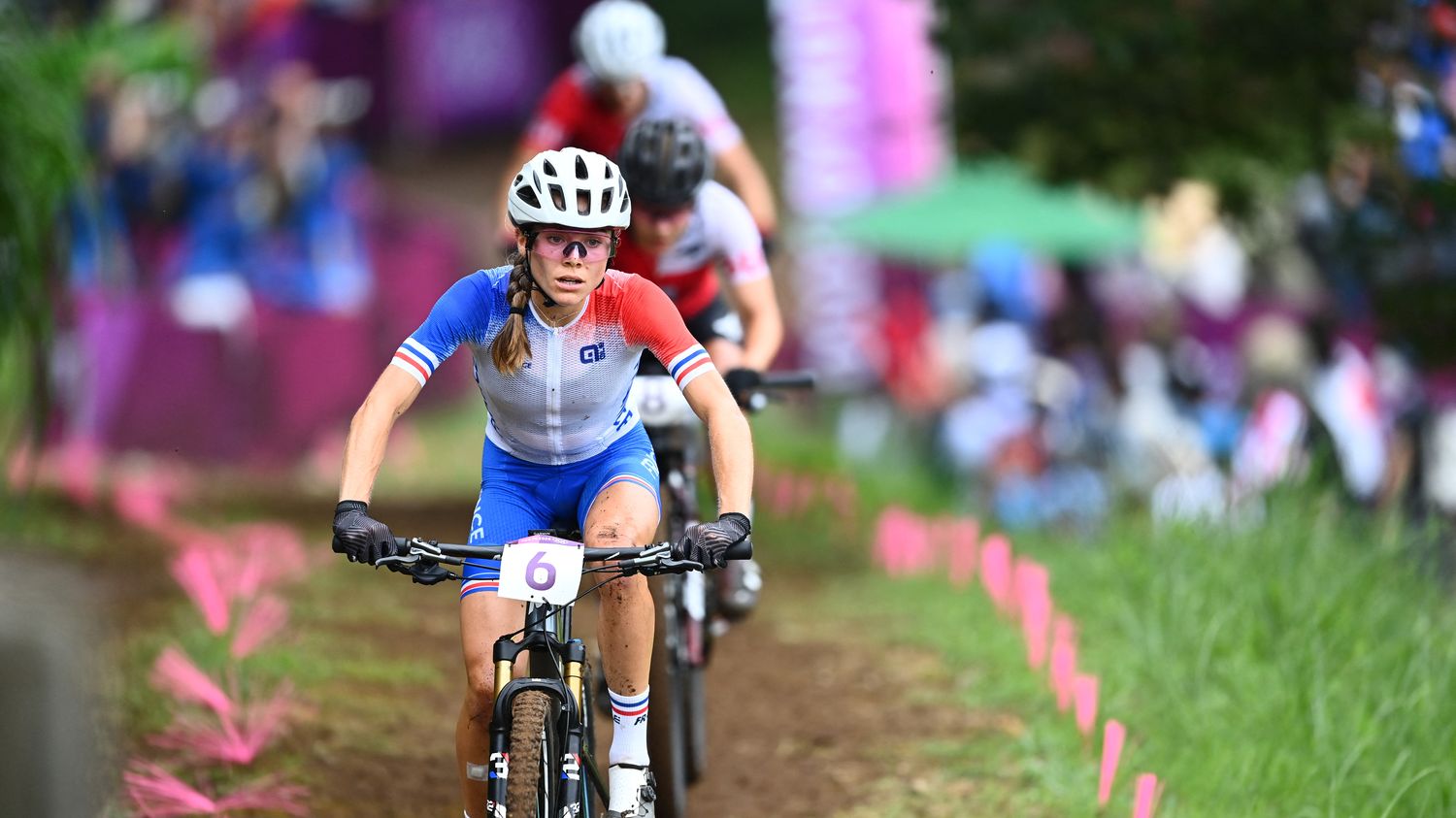 We expected a fireworks display in the French clan, Tuesday July 27, with the reigning world champion Pauline Ferrand-Prévot and the leader of the World Cup, Loana Lecomte. Two undeniable medal chances in the cross-country mountain biking event at the Tokyo Olympics.

However well started, the two tricolor cyclists experienced varying fortunes on the demanding course of Izu. Lecomte finished 6th (at 2’57 “) while Ferrand-Prévot cracked (10th, at 4’32”) and will have to wait for Paris 2024 to win a first Olympic medal.

The Habs could not do anything against the domination of the Swiss Jolanda Neff, Sina Frei and Linda Indergand, who signed a historic treble in the discipline. For French mountain biking, after the men’s race without a medal on Monday, it’s a new disillusionment.

26th in London in 2012, forced to retire in Rio in 2016, Pauline Ferrand-Prévot had high hopes in her third Olympic attempt. By putting aside road racing to focus on cross-country, the Rémoise had only one goal: to shine in Tokyo. World champion in Leogang, Austria, in 2020, the signals were green to see “PFP” go for a medal this summer. Unfortunately, things did not go as planned.

However, from the start of her race, she got off to a good start by taking the wheel of Jolanda Neff – the right wheel this Tuesday – the Frenchwoman immediately showed her ambitions. But the first quack intervened in the 11th minute of the race. The tricolor cyclist made a mistake on a slippery climb and lost her mountain bike, it slipping below. A hard blow that cost him about thirty seconds. She will never see her Swiss rival again.

In a burst of pride, “PFP” managed to hang up on his opponents for the podium. But the third lap (out of five) of the Izu route, made muddy and perilous by unfavorable weather conditions, was fatal. In physical difficulty, the Frenchwoman gave up all her hopes. To the mind, the 29-year-old champion managed to snatch a top 10 in the sprint, his best place in an Olympic race. But far, far away from his hopes …

The second French entered, Loana Lecomte, also had a good card to play on Tuesday. Leader of the Cross-Country Mountain Bike World Cup with five victories since September (including four in four races in 2021), Loana Lecomte was a bit of a scarecrow in Tokyo. But the 21-year-old cyclist struggled to go the distance against the Swiss demonstration.

Penalized by a chain jump at the end of the first lap, which cost her precious seconds, the Haut-Savoyarde tried to stay afloat. On the verge of tears after her mechanical incident, she managed to snatch a sixth place final. Not necessarily the one she was aiming for, but for her first Games, Loana Lecomte set a date for Paris 2024, as she confided to our microphone after her race.

“A top 10 for my first Games, it’s great. I did with the form of the day. I’m happy to be here and to have finished. It’s a dream to participate in the Games, it’s exceptional to be able to run despite the pandemic. I am happy with my race and have no regrets. I will gain experience, I hope that I will improve. “

Outsiders in Izu, the Swiss gave a real demonstration on Tuesday. Sixth in Rio but world champion in 2017, Jolanda Neff, three-time winner of the Cross Country Mountain Bike World Cup (2014, 2015, 2018) did the perfect race. In the lead from the first hectometers, she put her opponents to death with big seconds to become the first Swiss Olympic champion in the discipline.

Behind, Sina Frei and Linda Indergand, 8th in Rio, fought a great battle for the silver medal. It is finally the first who climbed on the second step of the podium. But the essential was elsewhere with an unprecedented treble in the history of cross-country mountain biking at the Olympic Games. A major performance for Switzerland, and a full card that will do good in the medal ranking.