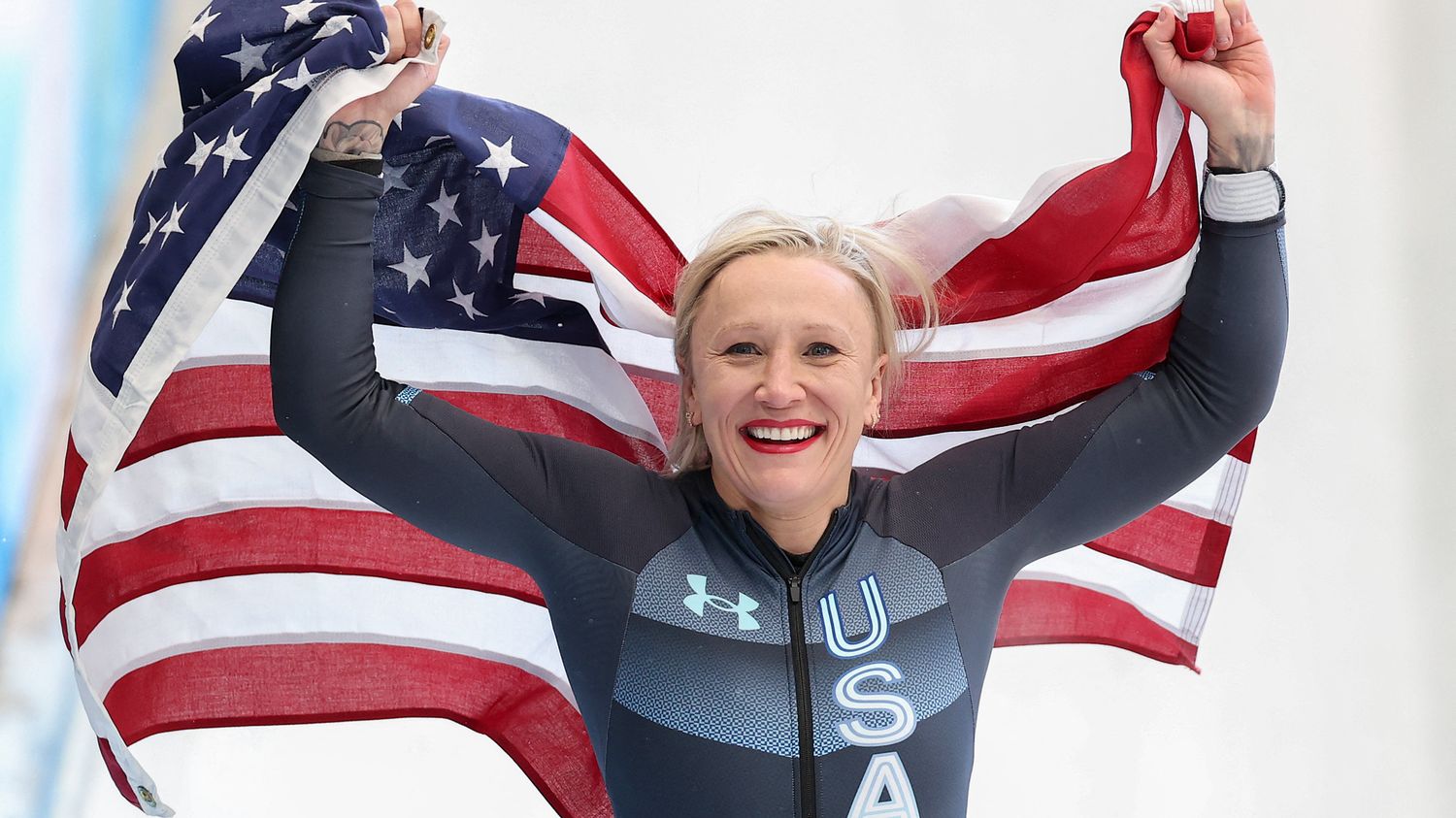 Double Olympic champion in two-man bobsleigh under the colors of Canada in 2010 and 2014, the bobsledder was crowned Monday in monobob for the United States.

“This medal, my first for the United States, will always hold a special place in my heart.” Already a double Olympic champion for Canada, her country of origin, Kaillie Humphries won a new title on Monday, February 14, the first for her new homeland. With a considerable lead over her competitors, the American won in monobob, on the Yanqing track at the Beijing Olympics. She thus becomes the first bobsledder to have won Olympic charms for two different nations.

At 36, Kaillie Humphries has been close to the summits for more than a decade. The Calgary native won her first Olympic title almost at home, in the two-man, at the Vancouver Games in 2010, before doing it again four years later in Sochi. In 2018, it is with the bronze around her neck that she leaves Pyeongchang.

But six months later, the beautiful story is cut short. The bobsledder files a complaint against a Canadian coach of the national collective, for moral harassment. She then asks to be removed from the Canadian team and expresses his wish to represent the United States, country of her husband Travis Armbruster, himself a former bobsleigh international. A country where she has resided since 2016. “My sports career was over in Canada”, she explained in December 2021, judging that it “wasn’t careful anymore” for her “to continue in this environment”.

If Kaillie Humphries had obtained the right – at the end of 2019 and after a long legal battle – to run under the stars and stripes in the World Cup and the world championships, the presence of the bobsledder in the American team at the Beijing Olympics was conditioned to obtain their new nationality. Done on December 3, two months just before the opening ceremony of the Olympics.

In mid-January, the federation announced the selection of Kaillie Humphries – reigning world champion in monobob and two-man bobsleigh – within the American team.