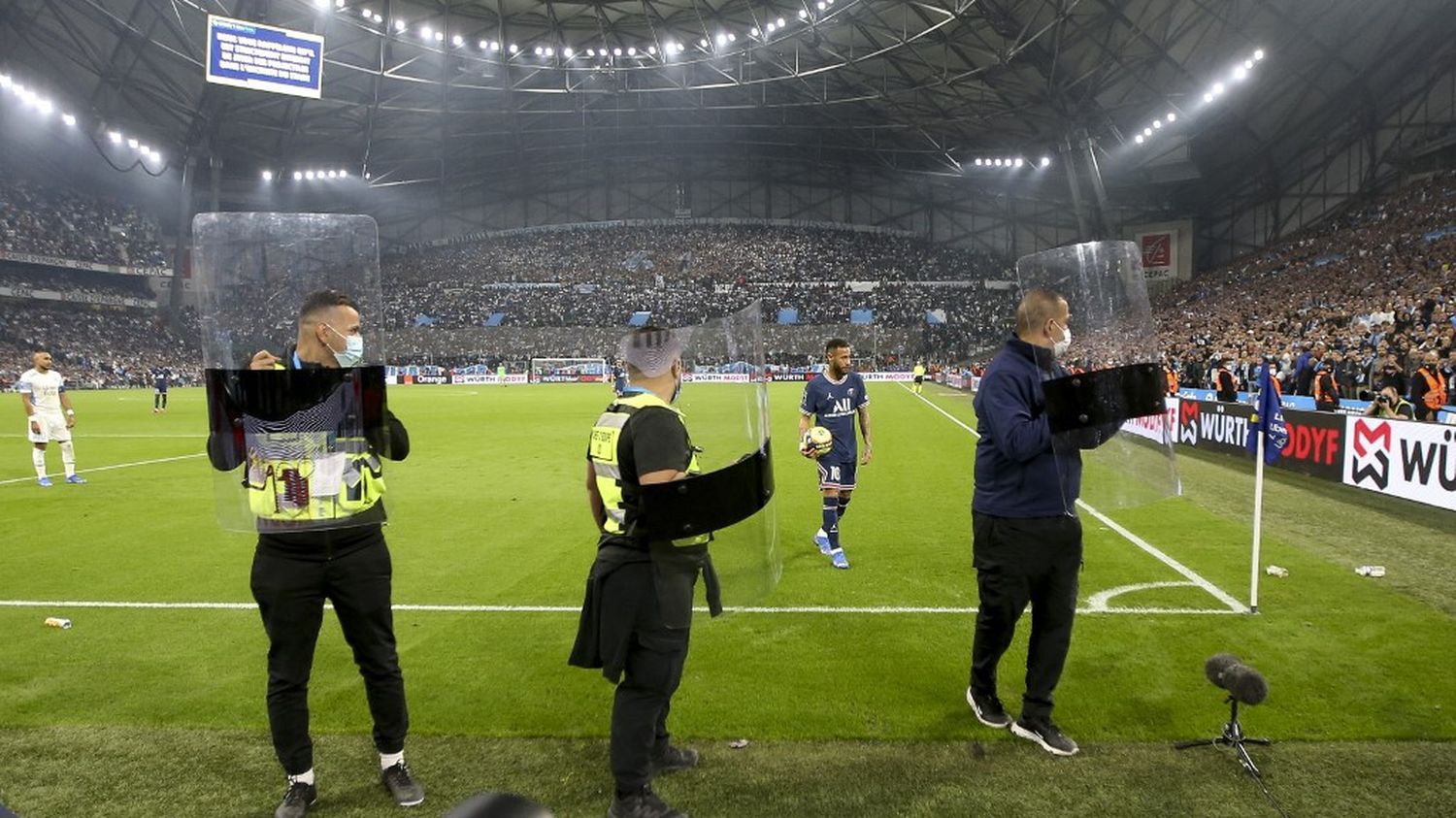 Already subject to a suspended point withdrawal after the incidents that occurred in Angers on September 22, Olympique de Marseille is more than ever in the sights of the LFP disciplinary committee. The day after new incidents during the Classic against PSG, franceinfo: sport learned that the disciplinary committee of the LFP – meeting this Monday to discuss the Saint-Etienne-Angers match – will look at the various failures on Wednesday, October 27. security events on Sunday at the Velodrome stadium and will decide what action to take, or not. Return on the incidents which enamelled OM-PSG, and on the consequences which could result from it.

Feared by the leaders and players of Marseille – who had spoken publicly on this subject before the meeting – the throwing of projectiles on a corner once again marred the Classic at the Vélodrome. It started in the 26th minute, when Neymar walked towards the corner post. At the foot of the north bend, and despite four removable protective nets moved by stewards, the Brazilian does not have time to reach the corner post he already receives various projectiles (paper balls, lighters, bottles, batteries …). The Parisian number ten then immediately turned around.

The referee of the match, Benoît Bastien, stops play and goes to the delegate to note the incidents. Meanwhile, the Marseillais Payet and Guendouzi try to calm their stand, just like the stadium announcer and the giant screens: “We remind you that it is strictly forbidden to throw projectiles inside the stadium “. The float lasts three long minutes, before Neymar, protected by some riot shields, kicks his corner kick. Lionel Messi will experience the same experience, without stopping the game, in the first act. At the start of the second half, the same scene recurs on the opposite side of the field. This time the match is only stopped for a minute, but it is already too much for OM. Payet and Rongier come to clean the lawn, but the damage is done.

Throughout the meeting, we also had the right to the green rays of lasers coming from the stands, targeting the Parisian players, but not only. In the 55th minute, while he was challenged by video assistance to refereeing, Benoît Bastien was surrounded by the two captains Marquinhos and Dimitri Payet. The man in yellow and the Parisian defender are then the targets of these lasers, just like Presnel Kimpembe. The referee finally awarded a free kick to the Olympians, and excluded PSG defender Achraf Hakimi. But the laser beam continues its work, this time targeting the face of Keylor Navas, the Parisian doorman, on the free kick kicked by Payet. A gesture without consequence, but which will not please the authorities.

A supporter enters the field

Apart from projectile jets and lasers, the intrusion of a supporter on the field also enamelled the OM-PSG Classic. All the more so given the timing chosen by the individual in question to invite himself on the lawn, since this happened in the 73rd, on one of the rare exploitable offensive balls for Lionel Messi. Come to get a selfie and a hug with the Argentinian, the supporter in question has thus stopped a good situation for PSG. Quickly evacuated by the stewards, the individual caused a brief stop to the meeting. Ball stopped, the Parisians resumed the game, but the Marseillais were already replaced.

If these incidents are not as serious as those observed since the start of the season in Nice, Lens, Angers or Saint-Etienne recently, their repetitive nature could cost OM dearly, already suspended. Since the clash between its supporters and those of Angers on September 22, Marseille had already received a suspended withdrawal point. A point that OM fears losing, evidenced by the outputs of Marseille players Sunday after the match, like captain Dimitri Payet.

“Thank you to the public who set the fire and were exemplary, but I also saw bottles, chargers, lighters, I have already seen some on me, I know what it is. Some slip, we risk of losing points, we cannot say that these people like OM. I am disillusioned, I do not understand, we know that we are being observed, we need real sanctions, we can no longer wait for someone be hurt. “

Concretely, OM, already frustrated by their draw, risks losing a point in the standings if the LFP lifts the suspension. Unless the disciplinary committee of the LFP – which will not have appreciated the tifo “LFP Merda” deployed at the entrance of the players, as well as the smoke bombs – chooses to type even harder by pronouncing a possible closed session, or by imposing a fine. First elements of response Wednesday, October 27, even if the LFP could first take precautionary measures the time to deepen the investigation.