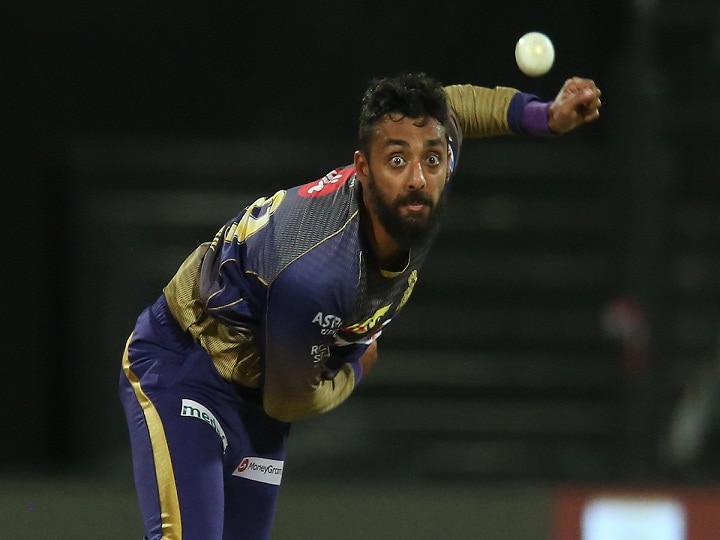 Mystery spinner Varun Chakraborty, who performed brilliantly for Kolkata Knight Riders in the 13th season of the Indian Premier League, has been included in India’s T20 for the tour of Australia. However, Varun’s selection in the Indian team has surprised many people. Interestingly, Varun himself is not convinced that he has been selected in the Indian team.

Varun Chakraborty, who has taken 13 wickets so far in IPL 2020, said, “I did not expect to be selected in the national team. I came to know about it after the match. I will constantly use the same word to make it dreamy Feeling. “

Significantly, Varun is the second uncapped bowler to take five wickets in the IPL. This season, he has impressed everyone with his bowling. Regarding being selected in the Indian team, Varun further said, ‘My original goal was to play, perform and contribute regularly to the team. Hopefully I will be able to do the same for India. I thank the selectors for reposing trust in me. I really don’t have words.

This mystery spinner further said that I started spin bowling in 2018 and then I was selected in TNPL (Tamil Nadu Premier League). Last year has been a volatile one. I did not get many chances and I got injured. God bless that I was able to return this year.

Left cricket at the age of 17

For your information, let us know that Varun Chakraborty left Kiket at the age of 17 years. Actually, he did this for his studies. Due to the game, he could not concentrate on his studies. In view of this, he took a break from cricket. After passing 12th, Varun studied Architect for five years. After this, he also worked for some time, but Varun, who considers cricket his first love, once again left everything and returned to the game and today at the age of 29, he is influencing veterans with his game.

Please tell that 29 year old Varun Chakraborty is called Mystery Spinner for his variations. Varun came into the limelight from the Tamil Nadu Premier League last year. In this league, he gave runs with an economy of less than 5 and took nine wickets. Given his performance, Kings XI Punjab bought him in IPL 2019 for a hefty amount of 8.4 crores. However, Punjab allowed Varun to play only one match.

After this, when Punjab released Varun, Kolkata Knight Riders bought this mystery spinner in the IPL 2020 auction for four crore rupees. In his first match for Kolkata, Varun took one wicket for 25 runs in four overs. At the same time, he surprised everyone by taking five wickets against Delhi Capitals.