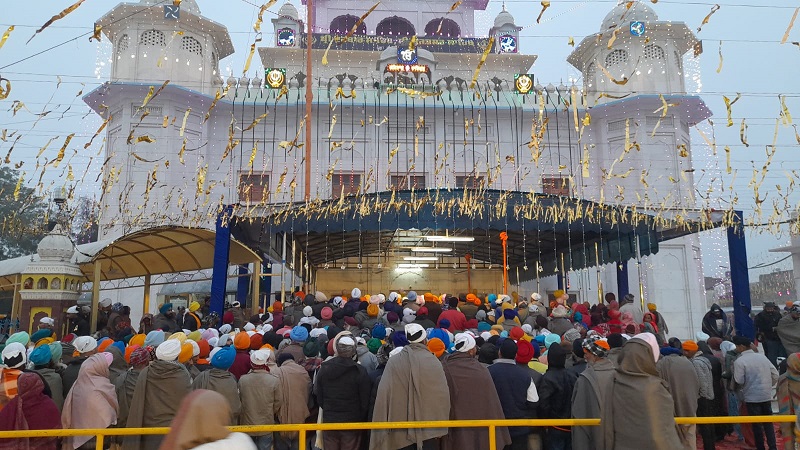 On the occasion of Maghi, a large number of people are coming to pay obeisance at the historic gurdwaras here.

The devotees had started arriving on Thursday, but the crowd is expected to surge in the afternoon on Friday.

Due to the Election Commission’s ban on political gatherings, no political event is being organized this year. On the other hand, there is no ban on religious events.

Maghi is observed every year on January 14. An annual mela is organized in Muktsar town to commemorate the 40 Muktas, who laid down their lives while fighting the last battle of Sikhs against the Mughals in 1705 here, earlier known as ‘Khidrane di dhab’ .

On this day, devotees come to pay obeisance at the historic gurdwaras and take a holy dip in the sarovar here.

During a round of the town, it was observed that a majority of people were not wearing face masks.

Earlier, Harpreet Singh Sudan, Deputy Commissioner, had said that the public would have to follow the Covid protocol and the health department teams would do random Covid sampling.