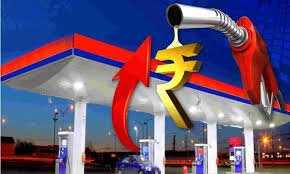 It is to be known that due to the festive season, the prices of green vegetables have already increased in the country. Apart from this, the prices of potatoes and onions have also gone up since the last few days. The retail price of onion has reached more than Rs 50 per kg. The price of mustard oil is also around Rs 200. In some places of the country, the price of mustard oil has also been recorded at Rs.250 per liter. In such a situation, again today the increase in the price of petrol and diesel will suppress the general public under the burden of inflation.