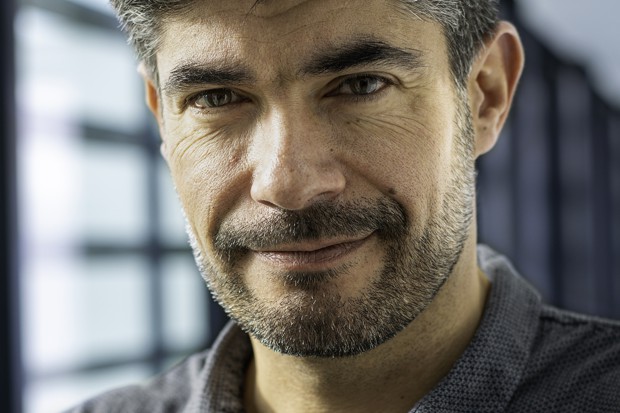 We did not expect him on this ground. Yet at the start of summer, Philippe Plantive, the discreet president of the Nantes IT company Proginov, came out of the woods to lead a coalition of regional entrepreneurs. With a clear ambition: to take over the Nantes Football Club.

Waldemar Kita, the current owner of the FCN, officially not a seller, did not taste the initiative, even accusing Philippe Plantive of destabilizing the club. “There is nothing personal”, replies the person concerned, who considers, however, that the FCN is at an impasse and that it is time “to return to the territory this club which made its glory”.

Philippe Plantive is not fooled by anything. “We may not succeed, but we will have tried”, underlines the one who sanctifies the notion of ‘utopia’ which he venerates, all things considered, in Abbé Pierre or General de Gaulle.

Sponsor of the Canaries via Proginov and a fervent supporter since childhood of the club, Philippe Plantive is nevertheless the antipodes of a football business, “which embodies some of the most execrable aspects of capitalism”. Proginov, on the other hand, adopts sophisticated social practices: 85% of employees are in the capital, but they have to sell their shares back to the younger ones when they turn 50. Above all, thepay gap is 1 to 3 within the company… “We are far from the ratio of 1 to 20 advocated by François Hollande! »Laughs Philippe Plantive. And that does not prevent his company of 300 employees from keeping pace with double-digit growth.

However, Philippe Plantive tempers: “Our model is not intended to be copied and pasted,” says the one called by his first name within the company. Jeans, sneakers, tall stature and chiseled brown beard from the top of his 48 years, Philippe Plantive first knew the company as a intern. He was 17. The young man, then invested in the tennis club of Machecoul, his city of origin, is spotted by Michel martin, the founder of Proginov. This “sixty-eight capitalist”, initiator of this so singularly social model, will be his mentor.

His diploma from the Atlantic School of Commerce in his pocket, Philippe Plantive had nevertheless promised to avoid IT. Her dream was the food industry, in the wake of her parents who owned a small poultry slaughterhouse in Challans. He recalls waking up at dawn to collect chickens from the farms in the region. “Great moments of happiness,” says the local child. After the disappearance of his father at 37, the young man will see his mother in turn take over the management of the family SME.

At Proginov, which he joined in 1994, the beginnings were difficult. “I did not sell anything for two years,” admits this boss, who today speaks of “a passionate link” with the technical world of integrated software. He will be sales manager, then general manager in 2012 before being elected in 2016 as Chairman of the Board of Directors, a body subject to employee approval every three years. “Without this election, I don’t feel legitimate,” he argues.

The obsession with sharing

In his uncluttered office, Philippe Plantive, friendly without exuberance, is quick to remake the world. He is worried about the social crises that threaten. Sharing wealth is a virtual obsession for this father of two who describes himself as a “defender of the company”, while questioning the meaning of the wealth amassed and the tax exemption mechanisms that consolidate them.

The man who was elected municipal of the rural municipality of Pont-Saint-Martin recognizes the importance of taxes “to run public services”. He sees in Emmanuel Macron, the intelligence to borrow from the right and from the left. After two decades at “Progi”, the Nantes boss also measures the elective and therefore impermanent nature of his position. “I’m not afraid of heights,” he said. There is so much to do. “Including, it seems, in the round ball …