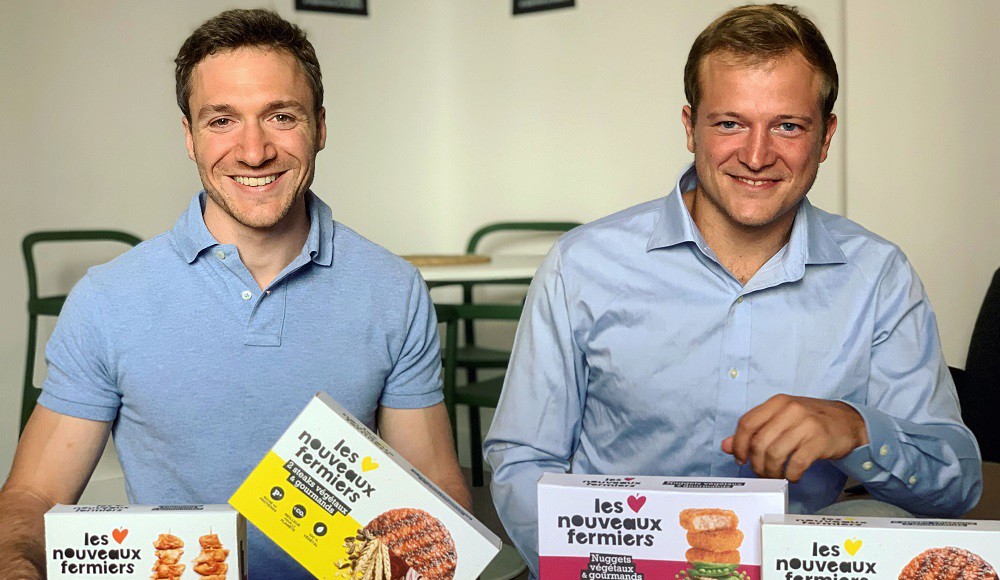 Competing with the American giant Beyond Meat by producing healthier vegetable meat is the challenge of the New Farmers.

Founded in 2019 by engineers Guillaume Dubois and Cedric Meston, the brand first spent several months of research and development to come up with a satisfactory product. “We really wanted to have a product that was both very tasty, like what is made in the United States, and very good for your health,” explains Cédric Meston.

Because for him, the French market is far ahead of nutritional issues: “80% of French people know about nutriscore: we have the Yuka app and we look at the number of ingredients contained in the products, which is not at all the case in the United States. “

This bet seems to have been successful since they convinced their investors simply by giving them a blind taste of their products, which contain on average only five ingredients, and those of Beyond Meat which contain 25.

A strategy that enabled them to raise 3 million euros in 2019 to launch their production, far however from the 241 million dollars raised on the stock market by their American competitor the same year.

Interview with Cédric Meston on June 15, 2021 at the Go Entrepreneurs show

A balance of power that pushes Les Nouveaux Fermiers to distrust. The brand refuses, for example, to communicate the precise location of their production plants, which we only know are in mainland France. “Our patents are what sets us apart from the competition. However, it takes about 18 months for them to be validated, so in the meantime we cannot risk industrial espionage, ”explains Cédric Meston.

The company’s turnover is also not disclosed. She only claims 30% growth per month on average since they started marketing their products in April 2020.

A launch which was not without difficulty since the confinement, at first, prevented them from being referenced in supermarkets and CHR. The first sales were therefore made online, which enabled them to unite a community of consumers around them. One more argument, which then allowed them to be referenced by Monoprix, Carrefour, L’Artisan du Burger or Pokawa.

The company, which has between 30 and 40 employees, intends to further develop its range of products, by including more and more French ingredients and by multiplying the shapes and flavors of their vegetable meat. They launched two new products in June: merguez and vegetable chipolatas. Right on time for the barbecue season!