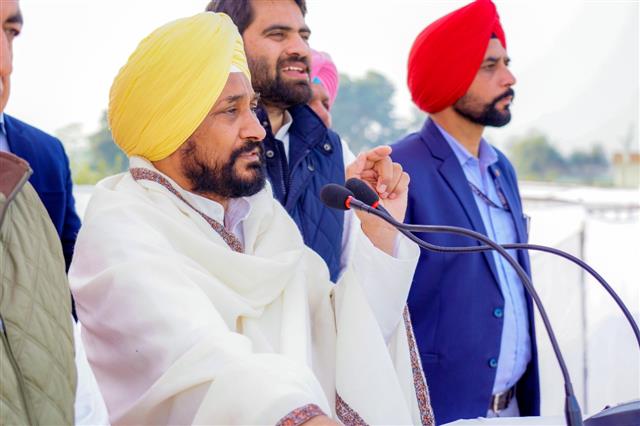 Drawing a parallel between the registration of an FIR against the SAD leader Bikram Singh Majithia and the bomb blast that rocked the Ludhiana city as well as the recent sacrilege incidents, Punjab Chief Minister Charanjit Singh Channi on Thursday questioned as to why such a horrendous incident took place only after Majithia was cornered by the law.

Contending that there are some anti-Punjab forces who want to disrupt the peace of the state, he asked why all ‘beadbis’ (sacrilege) and blasts are happening just after Majithia was booked.

“We are also probing this angle to the recent dastardly acts that have been perpetrated”, said the Chief Minister adding just a single case has forced Majithia to go incognito and if the Akali leader has done nothing wrong then he should come forward to face the law.

Taking on the Aam Aadmi Party (AAP), the Chief Minister said Arvind Kejriwal apologised to Majithia in drug case whereas Kejriwal earlier sought votes during the last elections leveling charges of drug trafficking on the Akali leader. Now Bhagwant Mann and other AAP leaders should apologise to the people of the state for siding with alleged “drug smuggler” Majithia who has ruined the youth of Punjab by being the kingpin of drug trade, added the Chief Minister.

After the rally, the Chief Minister inaugurated a bus stand at Mullanpur Dakha which has been named after Shaheed Kartar Singh Sarabha besides announcing Sub Division Status to Mullanpur Dakha, an ITI College for Latala, Rs 5 crore for the development works and Government Degree College for Sidhwan Bet.

Appealing to the people to support Capt Sandeep Sandhu in the coming elections, Channi said that Capt Sandhu has made untiring efforts for the development of Dakha constituency despite losing byelection.

Cabinet Minister Bharat Bhushan Ashu while addressing the gathering said the pro-people decisions taken and implemented by the Chief Minister in just three months were not taken during last four and half years.