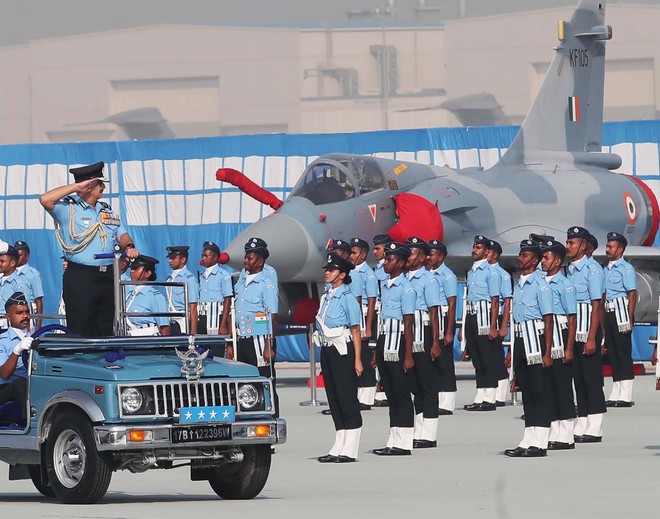 “The IAF stands today at the threshold of an era which will redefine its stature as a potent strategic aerospace force,” he added. “Several projects are well underway for harnessing the potential of automation, data analytics and artificial intelligence in order to transform the way we fight future wars,” said Air Chief Marshal Chaudhari, who took over just eight days ago on September 30.

“The security environment in the region and beyond has been impacted by a complex interplay of geo-political forces. The advent of new domains have resulted in a paradigm shift in the way military operations will be conducted,” he said.

He said he was acutely conscious that he had assumed command at a crucial time. “We must demonstrate to the nation that external forces will not be allowed to violate our territory,” he added.

He praised the IAF for completing all Covid-19 related tasks and termed it as a major achievement in support of the national effort.

Three units get citations for operations in Galwan, Kashmir