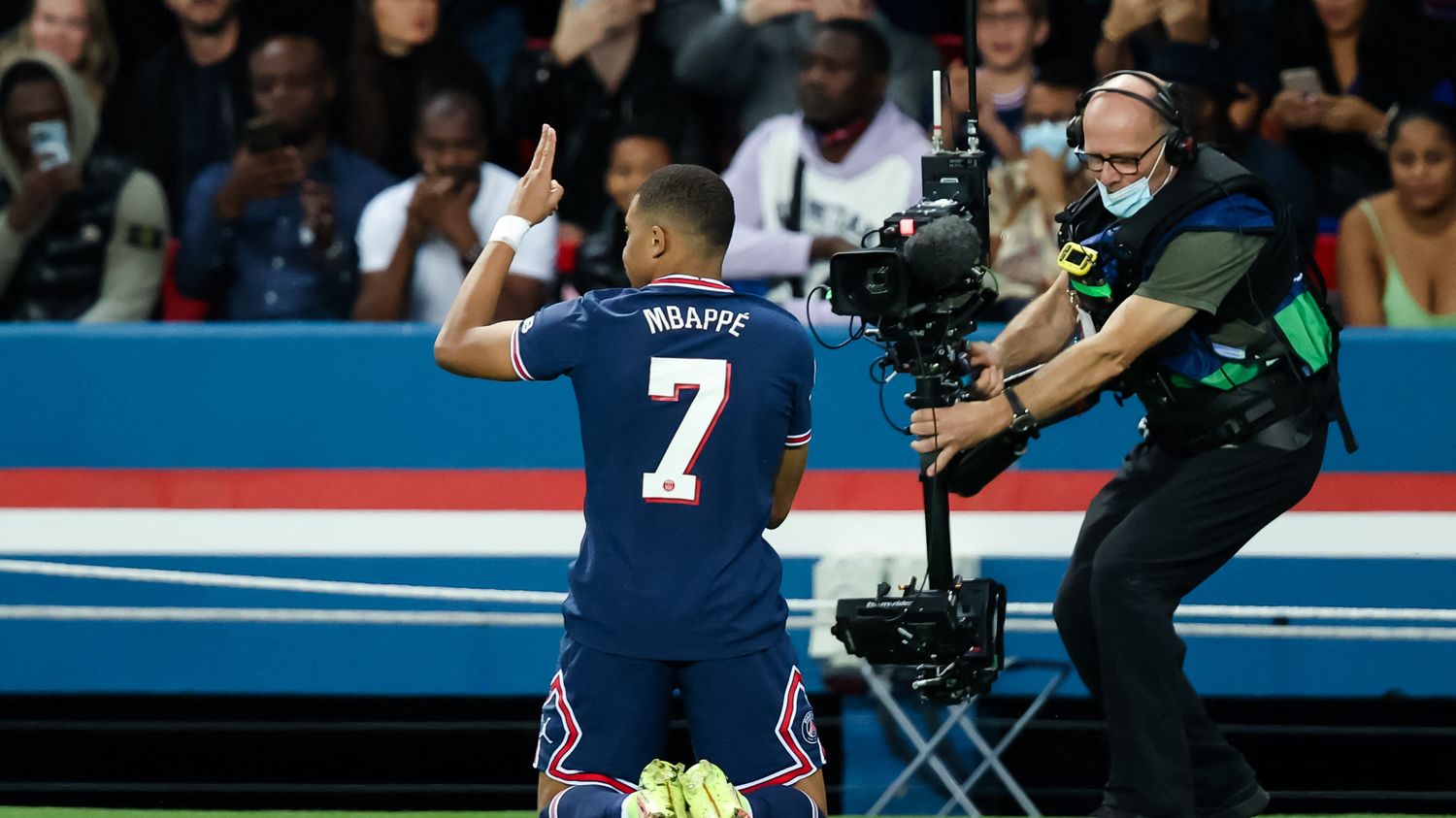 Paris Saint-Germain was scared Tuesday, October 19 on the occasion of the third day of the Champions League. But thanks to Kylian Mbappé and Lionel Messi, the Parisians got out of it and won against Leipzig. An almost improbable result as the Parisian defense, like the chaotic Presnel Kimpembe, was feverish. Here are the notes of the players and the coach of PSG.

In the match, he had to be from the first moments of the game. Thanks to three early interventions, including two decisive parades (3rd and 7th), the Parisian doorman entered the bath with brio and authority. Whether on the equalizer of Silva (28th) or the second German achievement by Mukiele (57th), Navas found himself abandoned by his defense and could not do anything. His release of fists (79th) was also reassuring at a particularly hot time.

The former Real Madrid player has often drunk the broth in front of the twirling Angelino, author of two assists. On the two goals from Leipzig, the Moroccan did not rise quickly enough, each time leaving his vis-à-vis center quietly. A real problem in the defensive withdrawal of PSG and its penalty caused (90th + 4) is anecdotal.

A real rock, as often, but so lonely in this dying defense. The Brazilian, in addition to saving his training many times (6 defensive clearances and 6 balls recovered, best totals of his team), like this authoritarian intervention in front of Orban (25th), was even at the origin of the opening of the scoring with a masterful exit of the ball towards Draxler (9th). As a good captain, until the end, he held the barracks, almost alone, in front of his last Costa Rican rampart.

A nightmarish evening for the French international. He is involved directly on the two goals of Leipzig, for markings, each time, approximate. It lacks a bit of everything: aggressiveness, sense of placement and concentration like this completely missed intervention, which could have been fatal, in front of Laimer (42nd). A match to forget for Kimpembe.

Many losses of the ball (17, 3rd worst total of the match), sometimes detrimental for Paris but above all a lot of trouble to fall back. His forward races were often harmless (15th, 29th and 43rd) and above all did not allow him to be clear about his defensive placement, too wobbly especially on the second goal of the Germans.

So precious against Manchester City, Gana Gueye suffered more than ever the opposing pressing. He made mistakes and above all never weighed in the duels (38.5% of duels won, worst Parisian total). Warned (48th) for a foul behind Silva’s back, he gave way to Danilo Pereira (61st), reinforced the central axis alongside Marquinhos and Kimpembe.

Almost a carbon copy of Gueye’s performance, with the difference that he had managed to be dangerous several times at the start of the game on well-shot set pieces. But he too drowned in the midfield. He therefore never helped Marco Verratti to revive his own. Replaced by Georginio wijnaldum (61st), the latter tried to bring a little liveliness and energy, then was at the origin of the comeback bringing the penalty.

He did everything for a long time and in the first half, when Leipzig was pressing very high, he was the only one capable of cutting the transmissions and restarting cleanly. With 137 balls touched, more than any other player on Tuesday night, he often allowed Paris to breathe but he also experienced a lot of waste, the fault of several two-way strikes on him. Too lonely in the middle.

Discreet but decisive on two occasions. The Argentine genius tried to boost several offensives at first, and it did not work (5th). However, his sense of goal is always the same, whether on the equalizer (67th) or on this delicious panenka (74th). Even when we expect it more, or almost, Messi scores two goals.

His ball call, and in the wake of his handing over to a touch for Mbappé, are great and allowed Paris to lead in the score. But after that, his performance is very sluggish. Never in the right moves, often out of step when it was necessary to combine with Mbappé or Messi, he did not bring anything more. Thilo Kehrer replaced him in the 90th minute.

Scorer, passer and provocateur of penalty: Kylian Mbappé again donned his superhero costume. The French international has pulled out all the stops to get PSG out of a hell of a trap. He could have served Draxler on the opening goal but his clear shot, which hit the mark, immediately showed that he wanted to take responsibility. On his equalizer, his good placement allowed him to take advantage of the loss of Adams’ ball and serve his Argentinian teammate with precision. And he played the shot perfectly in the box against Simakan to provoke the saving penalty kick scored by Messi. His failure, moreover, on the penalty obtained by Hakimi is more regrettable than anything else.

He did not have a phenomenal choice before this 3rd day of the Champions League and it showed. Because if the starting XI held the shock, or almost, it is especially the individuals (Mbappé and Messi) who allowed Paris to save the furniture. Its changes were not particularly influential although the entry of Wijnaldum gave a little dynamism to its formation.