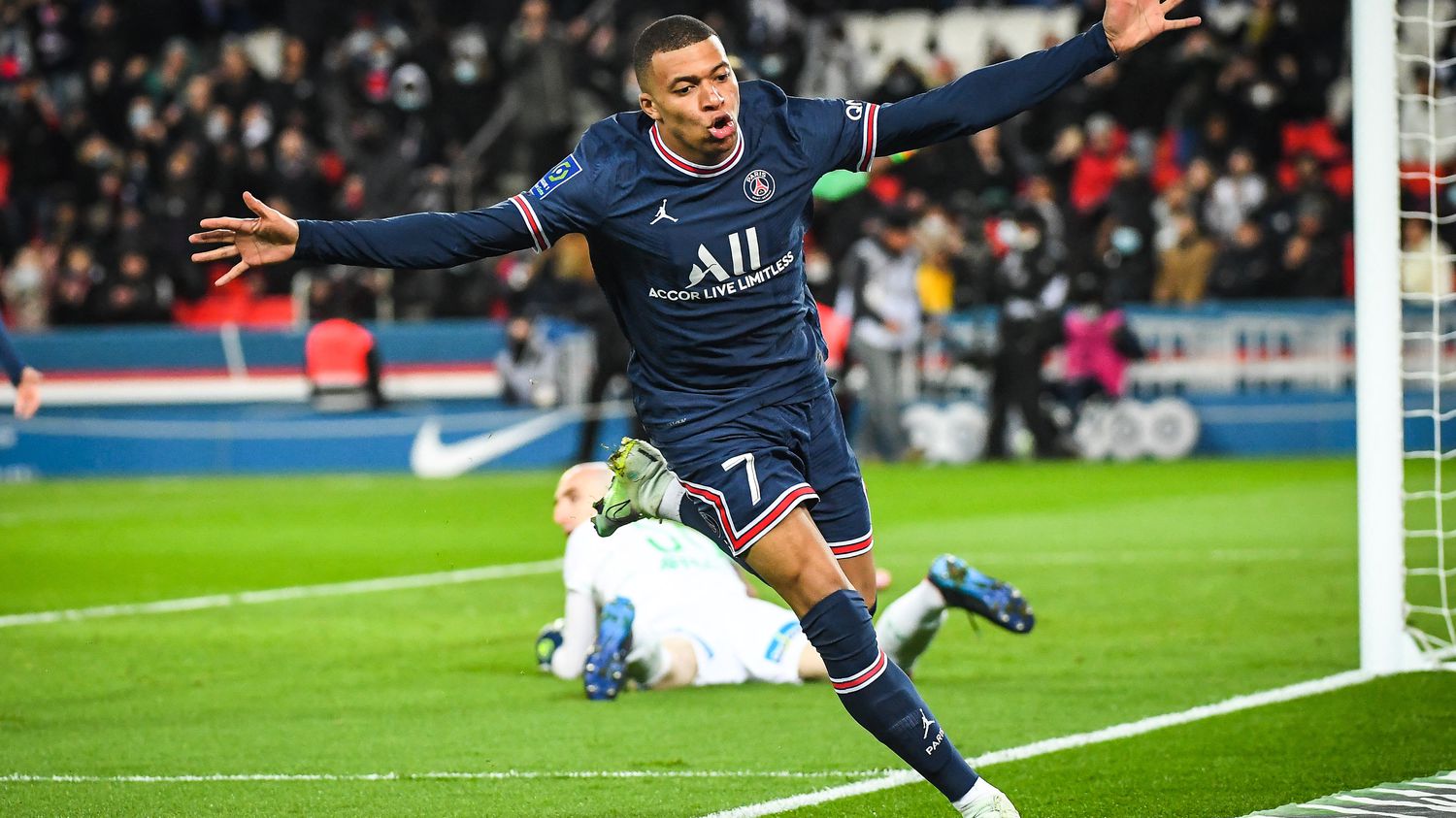 Swept away in Nantes last week (3-1), PSG resumed their march forward, Saturday February 26, during the 26th day of Ligue 1 against Saint-Etienne. Neck and neck with the Greens at the break (1-1), the capital club relied on Kylian Mbappé and Lionel Messi. The first, author of a double, and the second, decisive double passer and involved in all the good moves at the Park, allowed Paris to hang their 18th success of the season. The club of the capital is more than ever leader of the championship.

A very good start to the 2nd period to ensure victory! (3-1)#PSGASSE

The match: eye-catching then powerless, the Greens victims of Parisian attacking talent

Pascal Dupraz had warned: Saint-Etienne had not come to make up the numbers against Paris this Saturday. And his players tied words to deeds at the start of the game. Enterprising, authors of a good pressing, they hampered the Parisian block during the first quarter of an hour and were justly rewarded with a goal from Denis Bouanga (1-0, 16th). The Gabonese took advantage of a loss of ball from Danilo Pereira in his area to deceive Gianluigi Donnarumma with a nice shot from the left and put his team in front of the score.

From then on, the game intentions of the Stéphanois changed and the block ended up retreating, giving less space to the PSG attackers to express themselves. But in the 41st minute Kylian Mbappé, put into orbit by Lionel Messi in the back of the defense, came to put his people up by deceiving Paul Bernardoni, author of a hand fault on the spot (1-1, 41st) . A blow for the Greens who thought they would hold their advantage until the locker room.

The second act was much more complicated for Ryad Boudebouz’s teammates. Barely seconds after the return of the 22 players on the lawn, Mbappé, again him, came to put in the background an offering from Messi after a number in the Saint-Etienne area on an unstoppable cross strike (2-1, 47th). The third layer was added by Danilo Pereira with a header from a marvelous cross from PSG number 7, who was therefore involved in all of his team’s goals on Saturday (3-1, 52nd).

At the end of the game, Neymar missed the opportunity to inflate the score by finding Bernardoni’s post (78th). The main thing was elsewhere for Paris, which is bouncing back after the defeat in Nantes and showing that its attacking assets have beautiful colors before the round of 16 return against Madrid in the Champions League, scheduled for March 9. For its part, ASSE has not been unworthy and already has its eyes riveted on its shock for maintaining against Metz (Sunday March 6 at 1 p.m.).

It was once again stratospheric. Kylian Mbappé lit up the Parc des Princes against Saint-Etienne, compiling two goals to put his side back in front on the scoreboard before delivering a sublime cross from outside the right to Danilo Pereira’s skull to close the deal .

Above all, statistically, the French world champion joins the famous Swede, Zlatan Ibrahimovic, as the second top scorer in the history of PSG in all competitions, with 156 achievements. The “Matador” Edinson Cavani is not so far away, but not quite within reach with his 200 goals. But in the event of an extension for a little extra season, who knows, Mbappé could completely take on the dimension he aspires to take: that of the best player in the history of the capital club, quite simply.

On November 28, Lionel Messi distinguished himself at Geoffroy-Guichard by signing three assists in the Parisian victory against the Greens (3-1). This Saturday, “the Pulga” was a bit less inspired with two offerings “only” for his partners, the second of which after a soloist number which he has the secret in the opposing defense.

One figure, one more, speaks for itself: the seven-time Ballon d’Or is the best decisive passer since the start of 2022 among the five major European championships with five assists. But above all, the Argentinian has splashed his talent in almost every PSG offensive, like his shift for Wijnaldum on the right side in the 78th minute, who then finds Neymar at the penalty spot to end with a strike of the Brazilian on the post. Messi likes Sainté, and, slowly but surely, is moving upmarket.