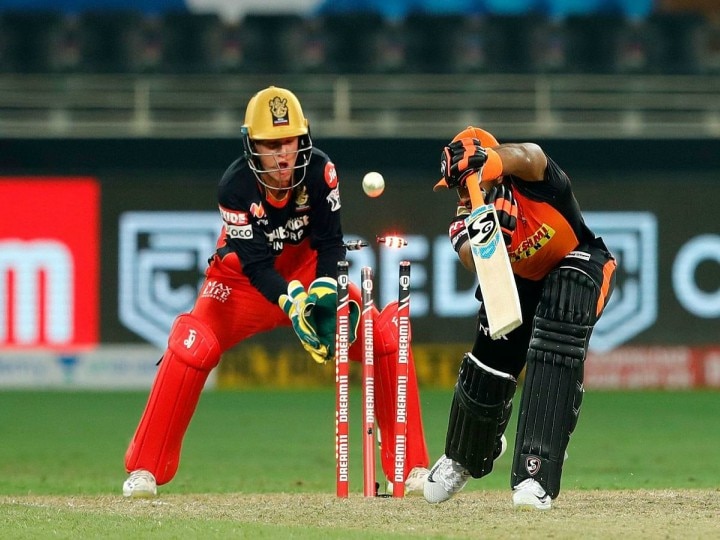 RCB vs SRH IPL 2020: The 52nd match of IPL 2020 will be played between Royal Challengers Bangalore and Sunrisers Hyderabad at Sharjah Cricket Stadium. The last time both teams came face-to-face in this season, Bangalore won. At the moment, both teams are in good form. It is very important for Hyderabad to win this match to reach the play-offs. Bangalore are second in the points table after winning 7 out of 12 matches. At the same time, Hyderabad has won 5 out of 12 matches and the team is at number seven in the table.

If Hyderabad wins today’s match, it will reach number four in the points table. Bangalore’s Josh Phillip played an excellent innings in the last match. In such a match, in this match, captain Virat Kohli can only give Philip a chance in place of Aaron Finch. At the same time, Moin Ali may return in this match in place of fast bowler Dale Steyn. At the same time, Sunrisers Hyderabad can also give pace bowler Khalil Ahmed a place in the team.

How will the mood of the pizThe

Sharjah International Cricket Stadium is much smaller in size than other grounds. In such a situation, the competition between the two teams can be high scoring. This wicket has changed a lot compared to the start of the tournament. Now the ball is coming to a halt. In such a situation, the batsmen may have to face a lot of trouble. The pitch is expected to help the bowlers.

How will the weather be during the matchThe

The weather will be perfectly clear in this match played in Sharjah. However, the players will have to face the heat here. There will be no role of dew here. In such a situation, the team that wins the toss can decide to bowl first.