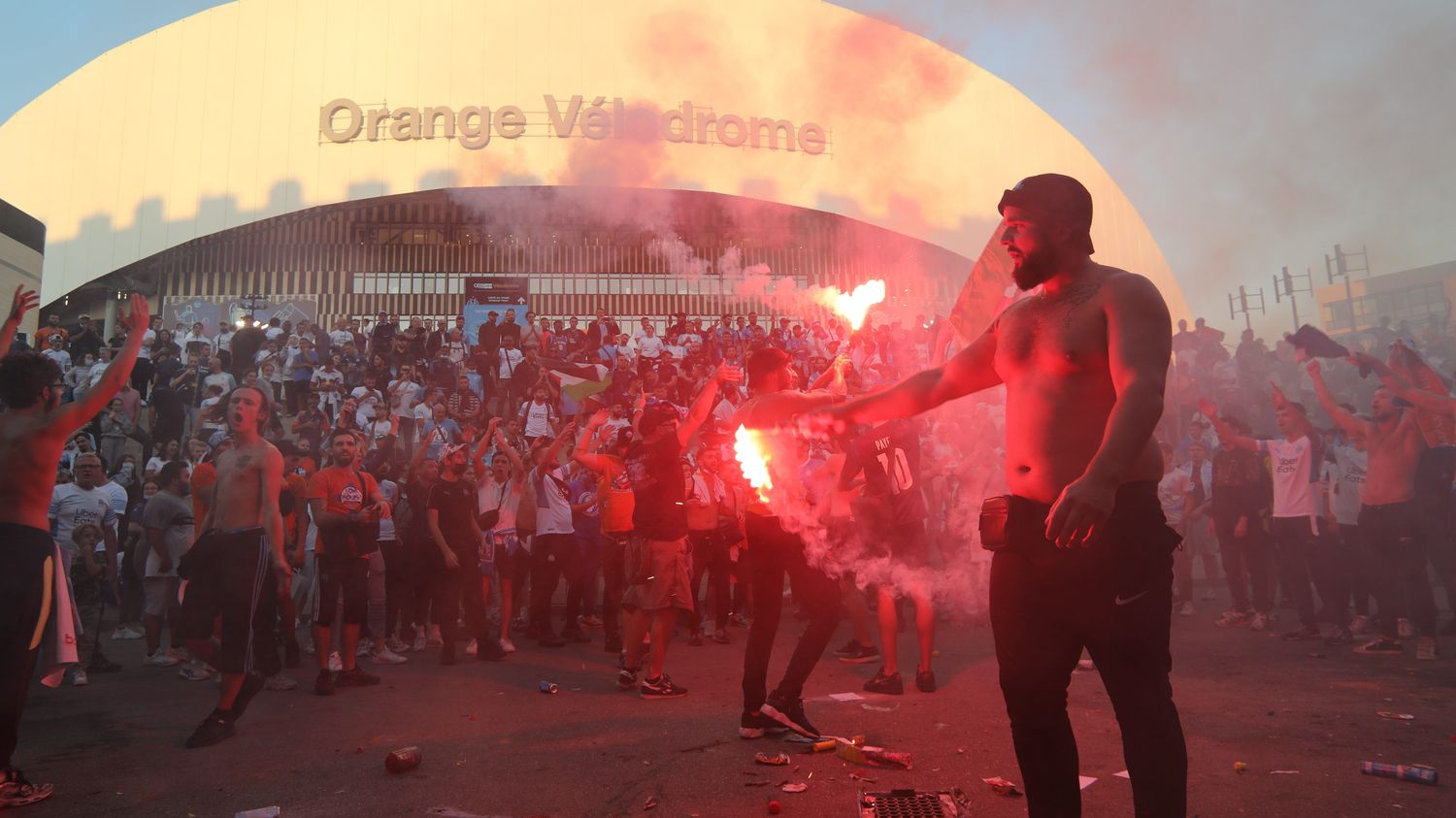 One thousand twenty-two days. It had been three years, and the reception of Limassol in front of barely 5,000 supporters, that the Stade Vélodrome had been waiting to relive the joys of a European campaign with the public. After a disastrous epic behind closed doors last season in the Champions League due to the Covid, Olympique de Marseille has returned to the incandescent fervor of European evenings at the Vélodrome stadium. Problem: The party, which got off to a good start, was marred by incidents caused by the parking of Galatasaray supporters.

Everything had been planned. After so much waiting, and facing an opposing audience deemed hot, a special device had been set up to make the day good in Marseille. The police headquarters had taken the initiative to avoid overflows in the city (ban on processions), in particular by sending the Turkish ultras directly into the stadium. Unfortunately, it was in the Velodrome that the situation deteriorated, and specifically in the Turkish parking lot. Despite the buffer zone established between the supporters of Galatasaray and the Marseillais.

The first clash took place as soon as the doors opened, almost two hours before kick-off. While the Marseille supporters took their places, the Turks (from all over Europe, but not from Turkey, because of the health situation) multiplied the provocations and insulting chants. Seats flew from the parking lot to the bend, and the barrier even gave way a short time before the CRS calmed down with tear gas. In the process, a banner deployed by Galatasaray supporters closed the incident, paying tribute to Clément, this Marseille supporter who recently died of a road accident on his return from a match in Angers.

A short respite. Because after a hot start to the match – in a good sense – the Galatasaray supporters set the match on fire – in the wrong way. In the 36th minute of play, the Turkish yardage literally flared up. Nothing bothersome so far. Except that part of the smoke was launched in the direction of Marseille supporters (who returned some) and the police. An incalculable number of firecrackers also exploded for several minutes, causing the meeting to be interrupted. After several messages in Turkish and an intervention by the OM announcer in the speakers, calm has finally returned. Rather than falling into the bidding, the Marseille supporters then responded in the best possible way: by singing twice as loud.

Too bad, because so far the party had been beautiful. As often in Marseille, the day had started well, rocked by a summer climate. In the rays of the sun, other golden sparkles had gradually been added to the Canebière and the rest of the city: those of the jerseys of the supporters of Galatasaray, OM’s evening opponent. Among them, Kadir, barely disembarked from Liège: “I love OM, and I love Galatasaray, I couldn’t miss that. I took the opportunity to buy the jersey of Cengiz Ünder, the Turkish Messi “. And the Belgian was far from being the only one to believe Jérémy, seller at the OM store on the Canebière: “It doesn’t stop, we see a lot of Turkish fans coming in with a Galatasaray jersey on their shoulders, and leaving with an OM jersey flocked with the name of Ünder”.

In town, supporters of both camps confirmed this fraternity all afternoon. A small detour via the terrace of the OM Brasserie on the Old Port was enough to realize this. Installed on the terrace, Wael, a subscriber to the south bend of the Vélodrome, summarized: “We have no animosity with Galatasaray, on the contrary they are enemies of PSG and therefore friends. They had Drogba in addition, and the Marseilles and Turkish mentalities are similar. We are almost brothers”. Same story at a few tables, with Eray, a Turkish supporter: “We feel good here, people don’t like Paris or Fenerbahçe, like us. They love Drogba, Gerets and Ribéry, like us. Besides, I’m going to buy the OM Cengiz Ünder flocked jersey “. One again.

In front of the stadium, while the fifteen extra buses from Galatasaray disappeared into the parking lots of the Stade Vélodrome, we witnessed a whole other spectacle, much more pleasing. While the stadium gates were still closed, supporters from both camps mingled in long minutes at the foot of the Velodrome. Marseillais and Turks fraternized in a peaceful vocal combat. A pleasing spectacle after the succession of incidents in the French stands in recent weeks, and far from the images we saw later in the evening. “I love European Cup nights, it’s different “, appreciated Marine, who came from Haute-Marne for the occasion. Drômois, Yasin has traveled less distance, he is a regular at the Vélodrome: “I love OM, but tonight I came for Galatasaray”, he admits, turkish jersey on his back, “We mix with the Marseillais, it feels good that kind of atmosphere “. And this is the one we will remember from this evening.