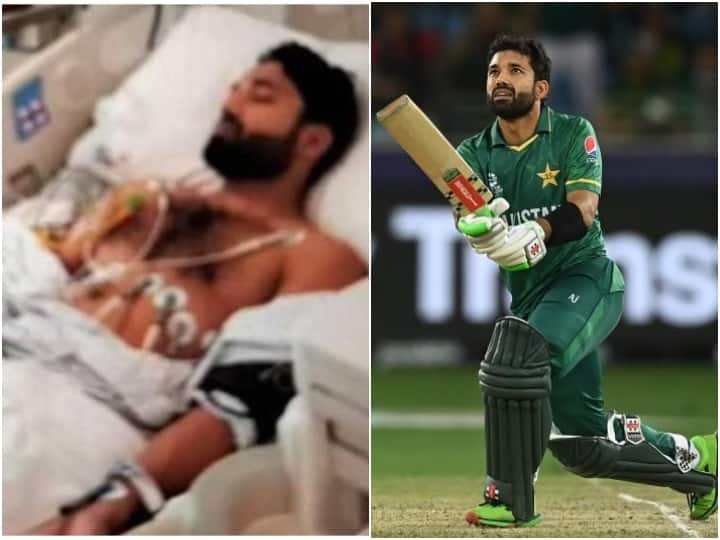 Mohammad Rizwan was Admitted to ICU Before Semifinal Match: The Indian doctor, who helped Pakistani cricketer Mohammad Rizwan prepare for the T20 World Cup semi-final, heaped praise on the spirit of the wicket-keeper batsman, who was admitted to the Intensive Care Unit (ICU) of the hospital due to a chest infection. Let us inform that the doctor of Medore Hospital, Shaheer Sanalbadin treated Rizwan and he was surprised by his recovery so soon.

Let us tell you that Rizwan was constantly telling the doctors treating him in the ICU, “I want to play. I have to be with the team.” Shaheer, who treated Rizwan, said, “Rizwan was eager to play in this important knockout match. He was committed and full of confidence. I was surprised at his recovery so soon.”

Rizwan played an innings of 67 runs in the semi-finals

Mohammad Rizwan was the hero in the match played against Australia in the second semi-final of the ICC T20 World Cup on Thursday. He played a brilliant innings of 67 runs in 52 balls. However, his brilliant innings did not work for the team and Pakistan had to face defeat by five wickets.

It is worth noting that Pakistan’s opener Mohammad Rizwan scored 281 runs in six matches of the tournament, in which he scored three half-centuries. His best performance in this mega event was an unbeaten 79, which he did against India.

When asked about Rizwan, Pakistan captain Babar Azam said, “The way the opener has played, it shows that he is a team man.” He said, “He is truly a brilliant player. He performed exceptionally throughout the World Cup. When I saw him, he was not feeling well. But when I asked him about his health, he said that I am fine. I am and will play. After that the way he performed, it seems that he is a team man.”