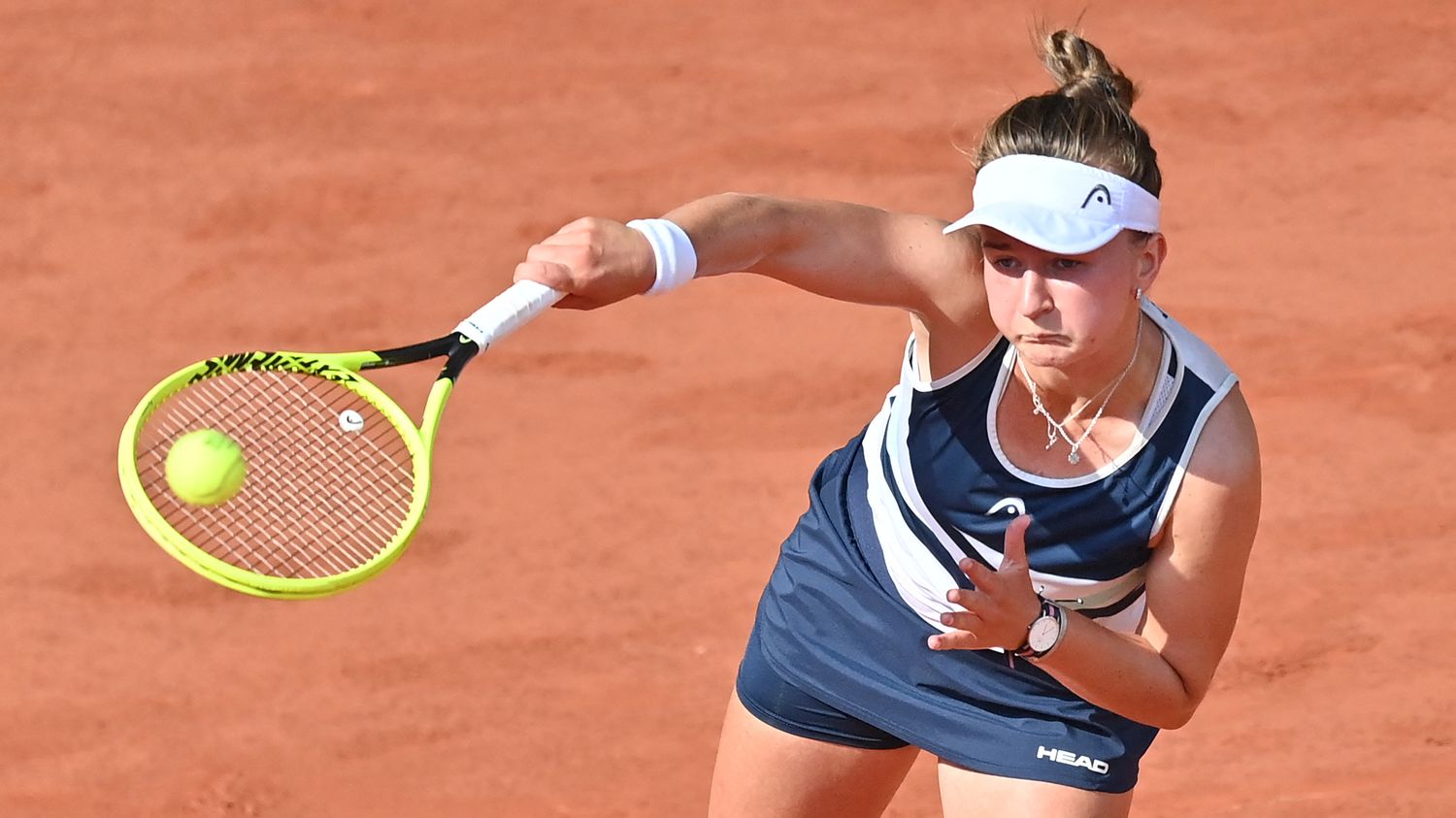 Confusing! At the end of a meeting more marked by her thrilling scenario than by the quality of the game, Barbora Krejcikova, 33rd in the world, defeated Maria Sakkari (seeded No. 17), beaten in three sets (7-5, 4-6, 9-7) and 3:18 hours of play. The Czech has, until the end, played with her nerves, and especially with those of the public of the Central court acquired to the cause of the Greek. Winner of Roland-Garros in doubles three years ago, Krejcikova will have the opportunity to lift the Suzanne-Lenglen Cup, Sunday in the final, against the Russian Anastasia Pavlyuchenkova.

A final and a double Porte d’Auteuil title, that’s good. But giving yourself the chance to lift the Suzanne-Lenglen Cup is even better. Barbora Krejcikova, titled at Roland Garros with her compatriot Katerina Siniakova in 2018, is in heaven. Because after having checked the first box, it will try to validate the second Saturday. The Czech, however, took a long time before entering her semi-final against a Maria Sakkari who wanted to quickly impose her law by breaking from the first game. But in the process, Krejcikova did not panic and launched what is finally the thriller of this Parisian fortnight.

Because he needed a heart, and very strong nerves to keep up the choppy pace and the completely crazy scenario of this unprecedented semi-final ended at sunset. Tense, just like her opponent, the Czech alternated between the very bad and the remarkable. First in great difficulty behind her line, Krejcikova watered for 25 long minutes to start her match, with 10 unforced errors and not the slightest winning stroke. Luckily for her, Maria Sakkari, also probably stressed out about being so close to finding the Grail, failed to confirm her superiority in the exchange. But on a succession of gifts, Maria Sakkari was scuttled, little by little, like these eight points offered at the end of the first round and after 58 minutes of intense struggle (7-5).

The second set, yet well led by the Greek (6-4), was only a tree hiding a black forest of demons for the 18th player in the world. Her wrought iron mind softened at the time of closing and as she benefited from the many unforced errors of her opponents (58) and from a more reliable service. Opposite the Czech remained in her bubble. Barbora Krejcikova, at the height of her 25 years, and while playing only her 5th Grand Slam main draw, was becoming more and more impervious to all the electricity that the unlikely scenario of the match could generate.

Because after having saved a match point on her service at 5-3 in the third set, she put just the right amount of aggression to push Sakkari to the fault when serving for the match. This reversal was decisive. A click. That of the champion who knows how to isolate herself in her bubble when it comes to concluding and aiming right. To stay focused on the ultimate goal. By finding the famous “zone” of the champions, Krejcikova thus changed her game, varying more, remaining as reliable as ever at the net (13 points out of 17 won at the net) and above all abusing, insolently, high and lobed balls.

A strategy that paid off since these warheads would completely disrupt the one who had only dropped one set so far (Elise Mertens in the 3rd round). More and more prey to his doubts, and especially less fair (27 unforced errors in the only 3rd set!) In his strikes which had made his strength, Sakkari sank little by little. After four first attempts, the fifth match point was good for Barbora Krejcikova.

After 3:18 of an intense thriller, the 25-year-old Czech girl could have cramps. Ailments that will have to be healed quickly because a rough final, against the experienced, Anastasia Pavlyuchenkova (29 years old, 32nd in the world), winner of the revelation of the tournament, Tamara Zidansek, awaits him. And there is no doubt that a second coronation here at Roland Garros, the most beautiful one moreover, will bring it into another dimension.