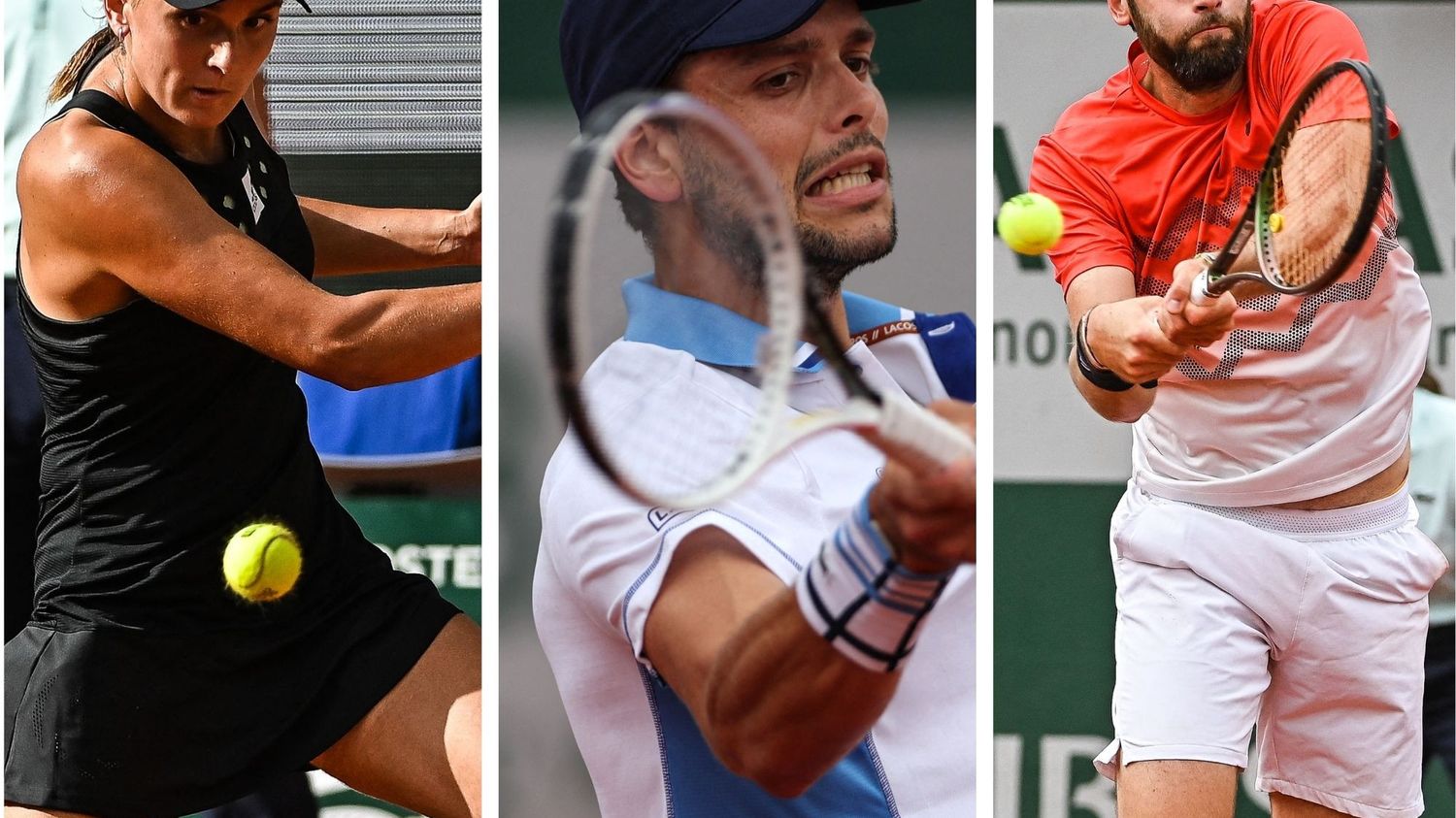 A complicated first day for the French, Sunday May 22, at Roland-Garros. Of the six entered, five were eliminated. Among the women, Kristina Mladenovic, Harmony Tan, Carole Monnet and Clara Burel could not do anything while Quentin Halys gave the American John Isner a hard time, without managing to win. The good news came from court n°14, where Gregoire Barrere obtained his ticket for the second round.

>> Roland-Garros 2022: the complete program of the day

Mladenovic too limited against Fernandez

The spectators of the Suzanne-Lenglen court were undoubtedly afraid on Sunday of witnessing a total rout on the part of Kristina Mladenovic. Swept 6-0 in the first set, the French absolutely failed to enter her game against the seeded number 17, Leylah Fernandez. Fortunately, the standoff started in the second set with two consecutive breaks from “Kiki” to lead 3-0. But the Canadian, finalist of the last US Open, caught up slowly but surely, to finally win 7-5 (when she was trailing 5-3) and join Siniakova in the second round.

The 28-year-old Frenchman drew on his reserves to come back to score in the fourth set. More aggressive in the last set, well helped by a powerful first serve (76% of first serves) and a significant presence at the net, Barrere equaled his best result at Porte d’Auteuil.

No feat for Tan and Monnet, Burel overtaken by Sakkari

First Tricolor to play in the main draw of the 2022 edition of Roland-Garros, Harmony Tan, 112th in the world, lost to Colombian Camila Osorio (6-4, 6-3). After a disjointed first set, (five breaks in total), the Frenchwoman, holder of an invitation to Porte d’Auteuil, gave in at the start of the second, without ever managing to come back to score. Osorio, 20 years old and 54th in the world, reached the second round of the Parisian Grand Slam for the first time, during which she will face either another Frenchwoman, Diane Parry, or the number 2 seed and defending champion, Barbora Krejcikova.

For her first appearance at Roland-Garros, Carole Monnet (253rd), also invited, was not unworthy against the Czech Karolina Muchova (6-3, 6-3). But the French player of Ukrainian origin proved to be less reliable than the 81st in the world, especially in service (seven double faults against two, 56% of first serves against 67%), to hope for anything on Sunday on the court n °7. More offensive (29 winning strokes against 17), Muchova folded the case in 1h48 and will challenge Maria Sakkari (4th), Clara Burel’s faller, in the second round.

There was no miracle either on the Philippe-Chatrier court for Clara Burel. Opposed to the seeded n ° 4 Maria Sakkari, semi-finalist last year, the Breton gave in two sets (6-2, 6-3), overwhelmed by the power of the Greek. The Frenchwoman (94th in the world) failed to take advantage of her opponent’s numerous unforced errors in the forehand, especially during the first round. More eye-catching in the second set, saving six break points, Burel could not stop the progression towards the second round of one of the favorites of the women’s table.

Halys gives in to Isner

Carried by the public of Suzanne-Lenglen, who had reserved his first ola for the highest ranked Frenchman of the day (86th), Halys believed in it but finally gave in in the decisive game of the fourth set, despite three match points saved. In the second round, John Isner will face the French Gregoire Barrere, who will try to avenge his compatriot.