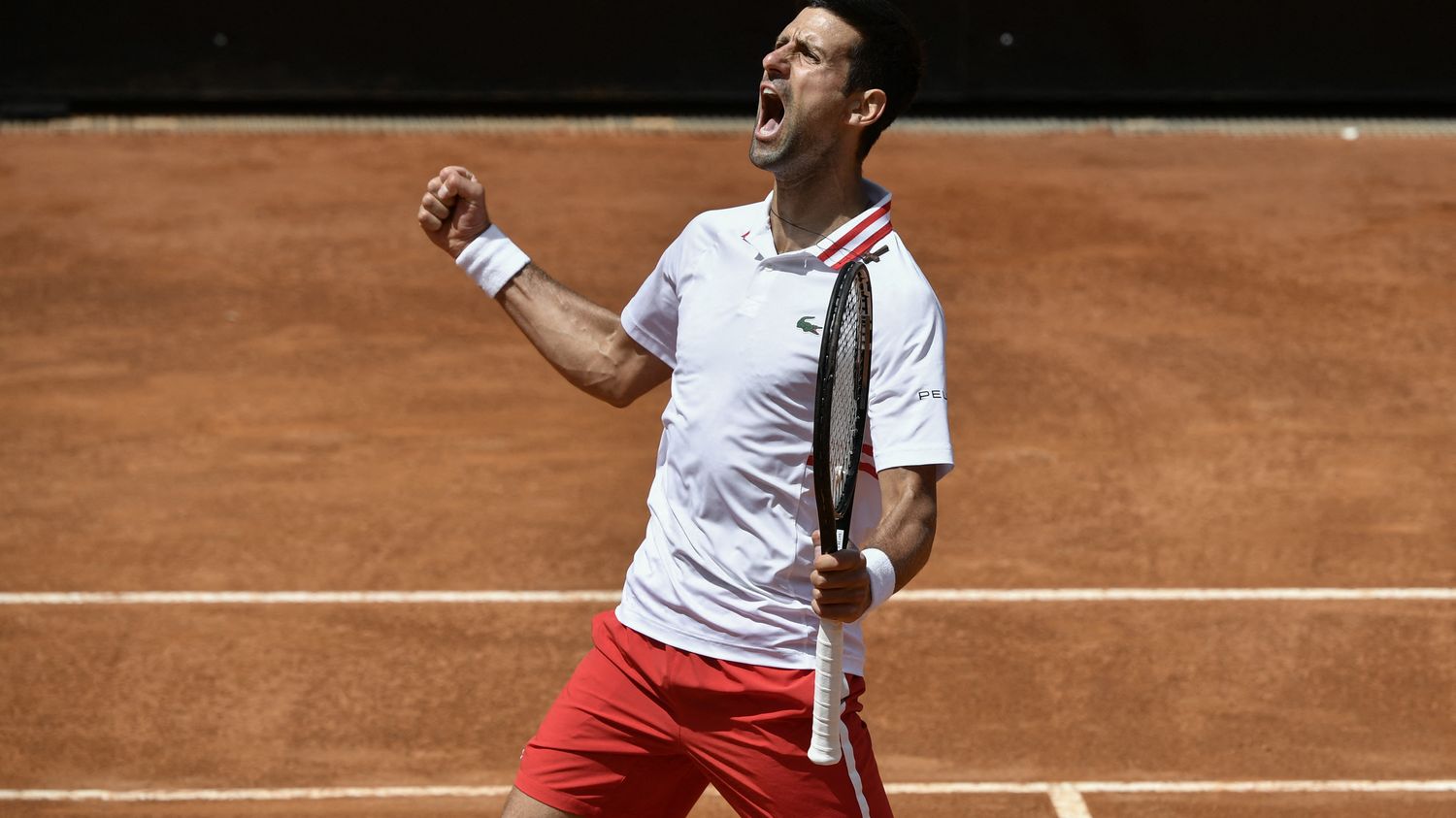 Jostled, the Serbian did not crack to eliminate Tsitsipas in Rome. He will face Lorenzo Sonego in the semi-final.

Interrupted then postponed, Friday, because of the rain, the meeting between Novak Djokovic and Stefanos Tsitsipas counting for the quarter-finals of the Masters 1000 in Rome ended on Saturday, May 15. The Serbian qualified in the semi-finals (4-6, 7-5, 7-5), where he will face Lorenzo Sonego, Andrei Rublev’s striker.

The moment @DjokerNole completed a stunning victory over Tsitsipas to advance to his eighth consecutive Rome semi-final …# IBI21 pic.twitter.com/nCEH8ZeM1F

With a set and a break (2-1 in the second set) in advance at the time of the interruption, the path seemed clear for Stefanos Tsitsipas. It wasn’t that easy. In the eighth game of the second round, Djokovic finally took the service of his opponent after the fifth break ball (4-4). The opportunity to raise the tone for the Serbian, and pocket the second round in stride.

This momentum, Djokovic struggled to keep it. Broken in his second serve, he had to erase four 4-1 balls to stay in the game. A relief for the Serb, a blow to the head of Tsitsipas. Djokovic was able to do three games in a row to take the game back in hand (4-3). But the Greek has a hard head. Enough to stop the bleeding and afford a new station wagon, not enough to conclude on his service. Djokovic turned the missed opportunity into a penalty to win 7-5.

It’s time for recovery now, with a semi-final scheduled for the end of the afternoon. Lorenzo Sonego, also qualified in the afternoon after three sets against Andrei Rublev (3-6, 6-4, 6-3), will not have much more time. But the Italian was able to enjoy a day of rest on Friday.