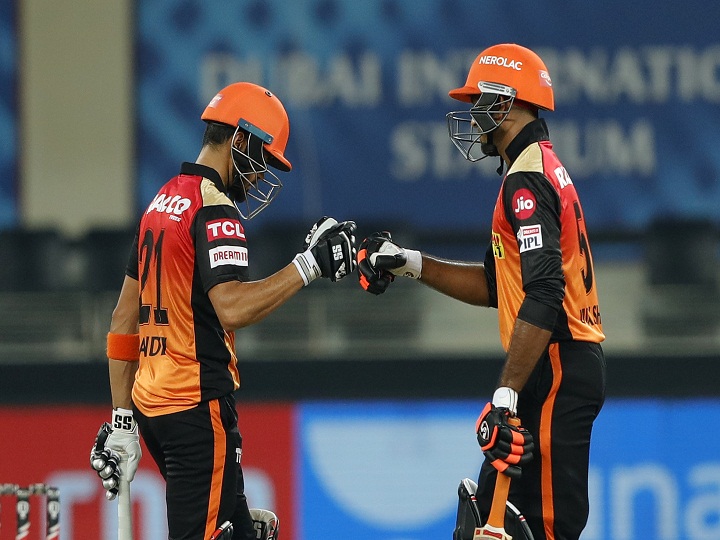 IPL 2020 RR vs SRH Live: The teams of Rajasthan Royals and Sunrisers Hyderabad will face each other in the 40th match of the 13th season of the Indian Premier League (IPL). If both teams are to remain in the playoff race then this match will have to be won in any case. The match will be played at Dubai International Stadium. The first match was played between the two teams at the same ground, where Rahul Tewatia and Ryan Parag together got Rajasthan out of defeat and won. Now once again Rajasthan will try to continue its old performance.

The way the team performed in the last match, they will be confident. Especially in bowling, because the team did not allow Channai to score big. Chennai could only manage 125 runs in 20 overs. Jofra Archer, Karthik Tyagi did well, but the most effective were Shreyas Gopal and Teotia. Gopal had conceded one wicket for 14 runs in four overs while Tewatiya spent 18 runs in four overs and took one wicket.

The team will expect similar performances from these two against Hyderabad. In the IPL, the pitchers can be seen according to the spinners and hence the Gopal-Teotia pair will be a big weapon for Rajasthan captain Steve Smith. At the same time, bringing Jos Buttler in the middle order in the batting had worked for the team in the last match. Butler had played an unbeaten half-century and won the team. Smith also supported him well.

Robin Uthappa and Sanju Samson had failed. Ben Stokes also could not do anything special. Uthappa is a dangerous batsman as an opener and if the team uses him in this way then it will be good for both the team and Uthappa. In the last two matches, the team has sent him only as an opener and it can be expected that this sequence will continue in the upcoming matches of the league as well. However, no big innings has been seen from Ben Stokes yet.

Stokes himself will also be keen to play big innings. Sanju Samson will have to return to his form. He is a player on whom the team rests to a great extent and is an important link in the team’s batting. As far as Hyderabad is concerned, it has to be seen where David Warner comes to bat in this match. He did not come to bat in the last match. Kane Williamson landed with Johnny Bairstow and Warner landed at No. 4.

His coming down was good for the team. Hyderabad looked to be losing, but Warner put the match in the last over to a super over. However, Hyderabad was defeated in the Super Over. Manish Pandey and Kane Williamson are the two batsmen who are the axis of batting of the team. It is important for the team to walk both of these.

The team does not have a big name in the lower order, so it is important that one of the top-4 stays till the end so that he can run fast in the end with the young players. Hyderabad has failed to do so in most matches, but it is necessary for the betterment of the team.

Rashid Khan is leading the team in bowling. After Bhuvneshwar Kumar got injured, Sandeep Sharma, T. Natarajan have not let the team lose their lot. A win in this match is necessary for both teams to stay in the playoff race. Both teams are well aware of this and hence another exciting match can be expected. Hyderabad are in seventh place with six points with three wins and six defeats in nine matches. Rajasthan remain in sixth place with eight points with four wins and six defeats in 10 matches.