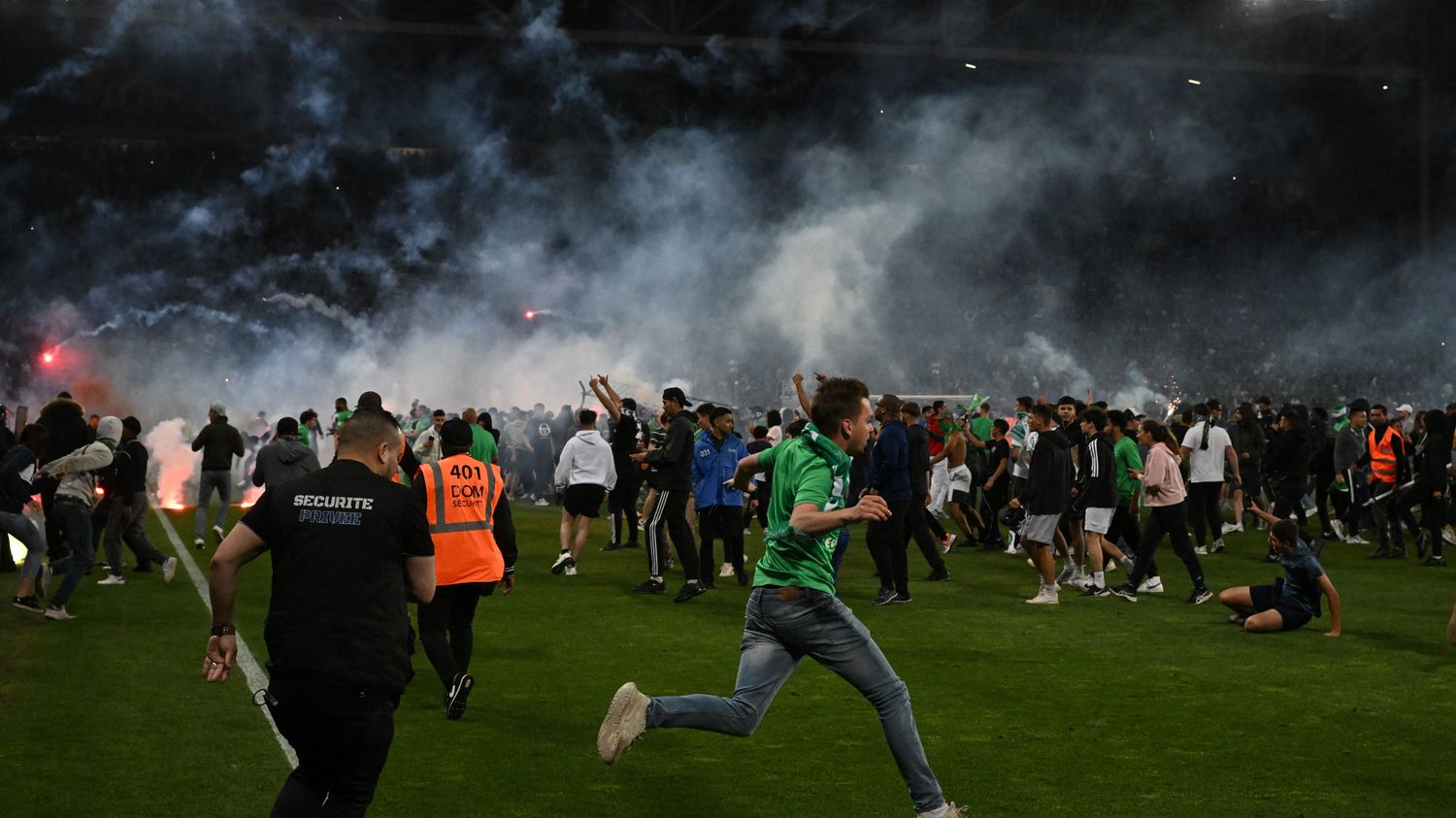 The Disciplinary Committee of the Professional Football League issued its decision on Thursday, June 23, concerning the incidents that marred the end of the match at the Geoffroy-Guichard stadium.

A start to the season with a handicap. New resident of Ligue 2, AS Saint-Etienne received, Thursday, June 23, six penalty points, including three suspended, for the next season and six games behind closed doors at home, including two suspended. Heavy penalties imposed by the Disciplinary Committee of the Professional Football League (LFP), seized after the incidents which had marred the end of the play-off match lost by the Greens, 18th in Ligue 1, against the third in Ligue 2, Auxerre .

In a press release, the club announced that it would not appeal the sanctions, “having regard to the nature of the facts complained of”. Following the events, the institution had also filed several complaints, in particular for aggravated violence, destruction and damage to public property or the throwing of projectiles. The legal proceedings are continuing.

This 2021-2022 season will remain marked by a large number of referrals to the LFP Disciplinary Committee for violence in the stands. The past months have shown that the Disciplinary Committee, chaired by Sébastien Deneux, no longer hesitates to pronounce very heavy sanctions in the event of serious incidents, such as the withdrawal of points in the classification. We can evoke the point cut off in Nice on green carpet after an invasion of the field against Marseille followed by a general fight, or that withdrawn in Lyon after the incidents of OL-OM, when a plastic bottle thrown from the stands hit Marseille captain Dimitri Payet in the head.

For the Greens, the delay in the accumulation of points risks complicating the objective of immediate recovery in Ligue 1. The camera will penalize the already fragile finances of the club. At Geoffroy-Guichard, this last punishment is far from new. The ultras of Saint-Etienne, repeat offenders, have multiplied the excesses in recent months, each time triggering partial or total closed-door measures. This questions the effectiveness of such sanctions.