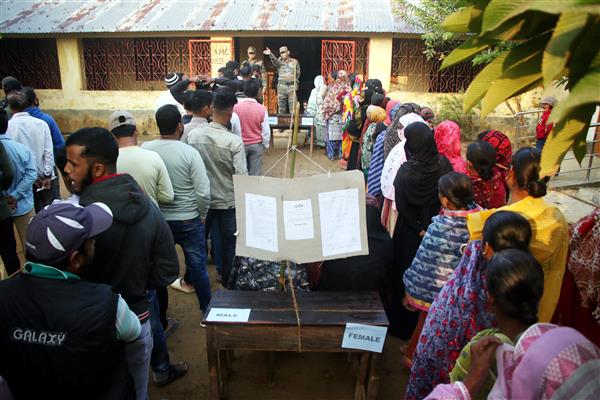 The Supreme Court on Thursday ordered the Union Ministry of Home Affairs (MHA) to provide two additional companies of the Central Armed Police Forces (CAPF) to secure municipal every polling booth during the Tripura elections that began today after the opposition TMC and CPI(M) ) Alleged violence and intimidation of voters by ruling BJP supporters.

“We direct that the Union Ministry of Home Affairs to provide additional two companies of the CAPF as expeditiously as possible, having due regard to the fact that polling has already commenced and in order to secure the polling booths so that polling can take place without any disturbance or dislocation,” a Bench led by Justice DY Chandrachud said.

It ordered the State Election Commission, Tripura DGP and the state’s Home Secretary to ensure that all 770 polling booths were manned by a sufficient strength of Central Armed Police Force personnel, “to ensure free and fair elections”.

“In view of the emerging situation, we also order and direct that in the absence of CCTV cameras, both electronic and the print media should have unhindered access for full reporting and coverage of the elections,” the top court said.

It asked the Tripura DGP and the state’s Home Secretary to review if there was any additional requirement of further deployment and, if so, communicate it to the MHA. The CAPF personnel would remain deployed in securing the ballot boxes till counting of votes on November 28, it clarified.