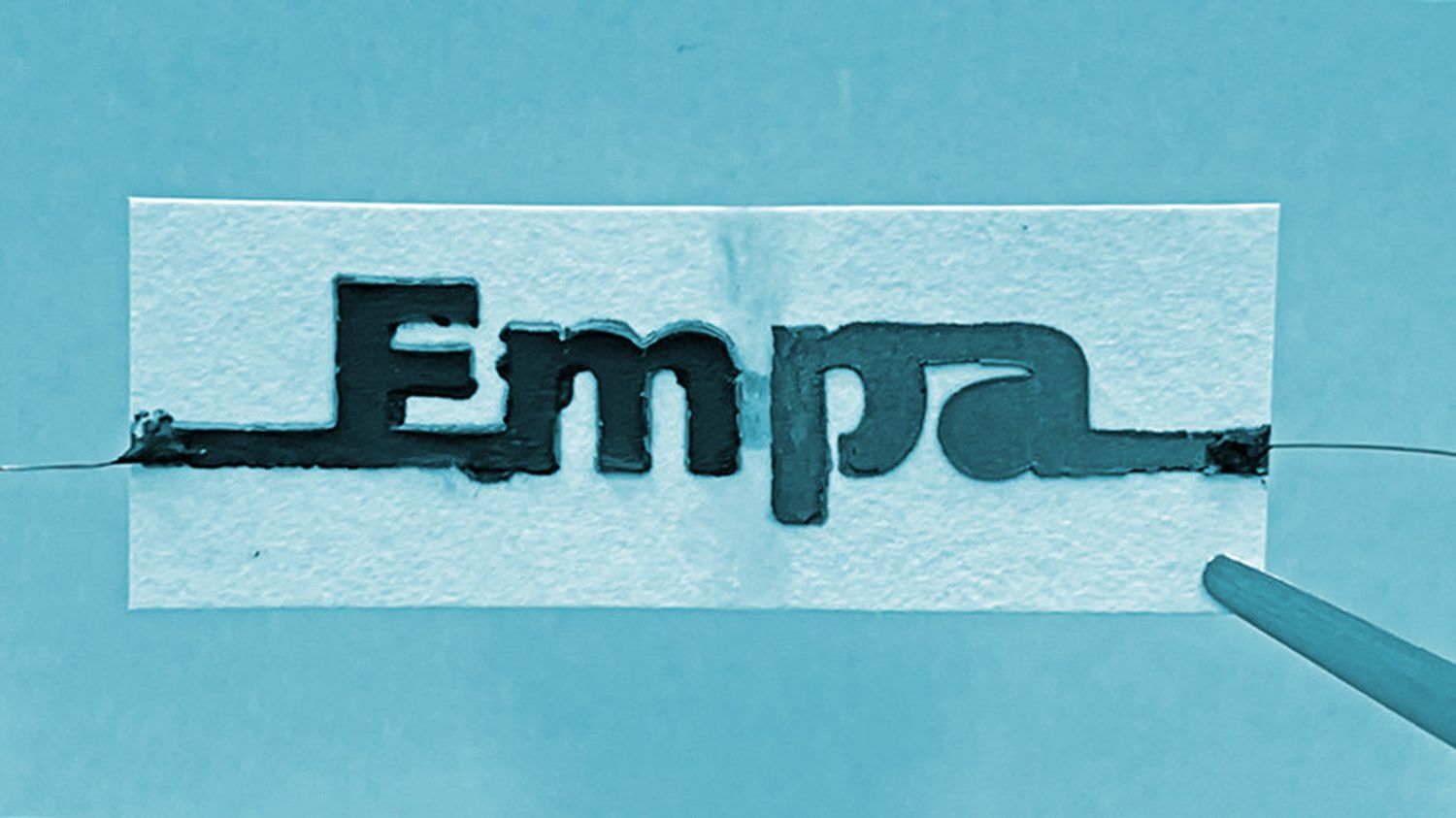 This may seem gimmicky but it is the subject of a publication in the very serious review Scientific Reports. It is true that it seems very simple because everything is natural. With a sheet (it’s pure plant cellulose, the most abundant molecule on the planet), impregnated with salt to make it conductive, and at each end: a thread, glued with a point of beeswax . If you remember your physics class: you need a cathode and an anode. On the cathode side: the ink contains flakes of graphite (basically pencil leads) and on the other side, for the anode, it is zinc (again in its natural state).

A third ink with graphite and carbon black makes it possible to connect the cathode and the anode to the two wires of the device. All of this is triggered with three or four drops of water, no more. This dissolves the salt, releases charged ions, the zinc oxidizes in the anode, and the electrons are released. We manage to produce 150 microWatt/cm2 at 0.5 milliamperes for a voltage of 0.2 volts. It’s very low, but it’s already a lot.

This can power a lot of small devices. In the health sector: self-diagnosis devices for diabetics, packaging for vaccines whose temperature you want to monitor – today it’s battery boxes that you have to send back, there, you put it in the compost.
Farmers too: many want to put sensors in their soil (to monitor temperature or humidity, for example). Again, nothing is toxic to the earth. You can also control the cold chain during certain transports or even plug in a small alarm clock…
The principle is that when the sheet dries, you can reactivate it four or five times a quarter of an hour before the battery goes out for good.

Of course, the ultimate dream would be to develop this technology for smartphones, computers or even cars. Gustav Nyström and his team in Dübendorf have been working for ten years on how to store electricity with biodegradable materials. Elsewhere in the world, other laboratories are looking for ways to improve the recycling itself.

Here, the idea is to do without it. Probably not on cars, but on small batteries anyway. Do without lithium, cobalt, or aluminum. And not seeing all that land in the environment after one or two years. Each year in France, excluding industry or the automotive market, 1.3 billion batteries and accumulators are put on the market. This represents 30,000 tons of materials.