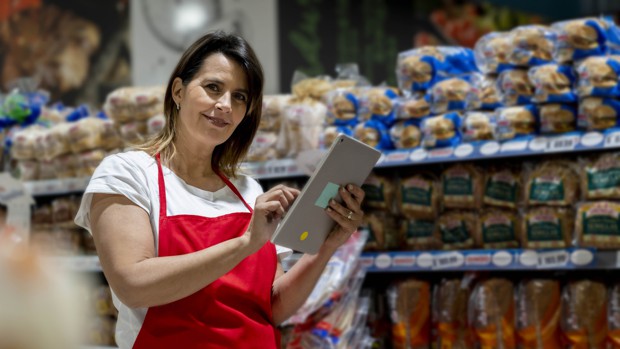 The commercial activity of large-scale distribution does not correspond to the usual criteria for the choice of suppliers and their products by the traditional trader. The traditional trader buys according to his taste and sometimes according to what he thinks to be the taste of his customers. In supermarkets, the reasoning is primarily financial : a product that will be put on the shelves is not primarily considered on the basis of its own qualities (it is of course asked to have some), but of its ability to produce a financial margin in line with the objectives set by management point of sale.

To understand the financialization of purchasing decisions, we must remember the way in which the pioneers of mass distribution developed the business plan for their establishment projects more than fifty years ago.

Above all financial reasoning

After studying the market and the available financial potential of potential customers living in the catchment area, taking into account the current or foreseeable presence of other supermarkets and traditional stores, the project group studied the cost of installing the proposed point of sale. It includes the purchase of the land, the civil engineering expenses (earthworks, various adductions, roads, parking), the cost of the construction of the building, the installation of equipment (IT, shelves, air conditioning, etc.), purchase of the first stocks, the recruitment and training of personnel, salaries and social charges, various operating costs, the cost of financing loans, among others.

Next, is evaluated the production of margin that each of the items present and sold must generate. This margin production takes into account several factors : the surface occupied by each article and its rotation. Thus, a product of small footprint, with a high turnover rate, can, despite its low price and a very low unit margin, produce a volume of margin comparable to a bulky, high-priced item of high unit margin, but only a few copies will be sold each month.

The buyer or the department manager is responsible, for the share of developed area (that is to say the floor space multiplied by the number of shelves) of the department he is in charge of, produce monthly financial volume per square meter greater than or equal to the average obtained by the entire sales area reduced to the square meter. His reasoning is primarily financial.

In practice, when you talk to a large-surface buyer, before arguing about the eminent qualities of one or another of your products, you must have obtained information from your interlocutor on his margin objectives, on the average rotations of articles comparable to those you offer as well as on the unit margins that it applies to these products.

Evaluated on the financial performance of his department, the buyer is focused on: the possibility increase financial performance by obtaining from its suppliers “bonuses” in various forms (rear margin, “contributions” for the referencing of a new product, for a “promotion”, for a “gondola head”, for the advertisement in a catalog, etc.); improving product rotation through promotions.

The legislator having tried to put order to certain abusive practices of certain distributors (in particular on rear margins and payment deadlines), new initiatives have emerged to compensate for the resulting loss of financial income.

1. Repurchase of payment terms by the supplier : the reduction of one month in the payment period is compensated by a “permanent advance” equivalent to one month of turnover, which is taken from the supplier’s cash.

3. To compensate for the difference between the payment at sixty days of goods sold six months later, the supplier must accept a “consignment sale”, the products on the shelf are considered as still belonging to the supplier and not to the store, as long as it is not sold. The distributor then pays the manufacturer two months after selling the product.

The current debate on comparative advertising of the prices charged by competing groups in mass distribution should also be taken into consideration, with buyers looking for: a lower price for a known item; a similar item, sold exclusively to escape price comparison.

René Moulinier is a sales trainer. This text is taken from his book “Better selling in B to B”, Gereso Edition, 248 pages, 25 euros.